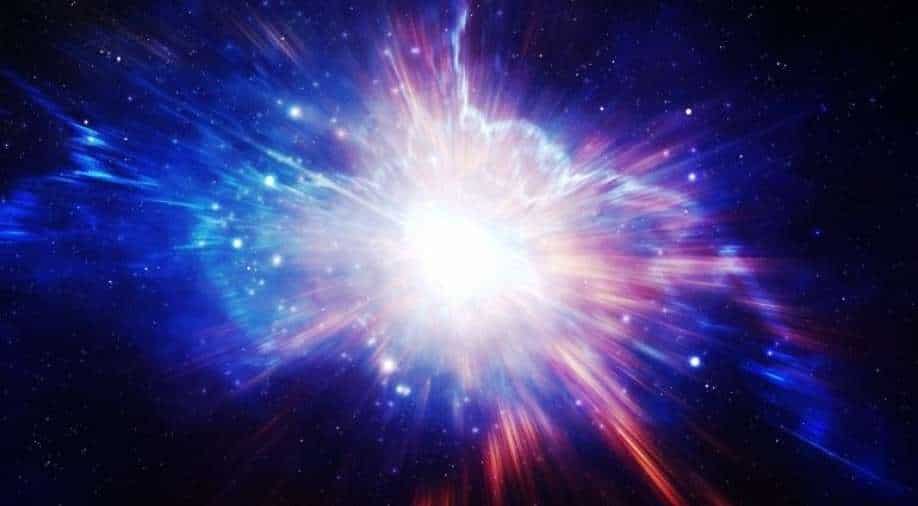 Astronomers have identified mysterious X particles in a ''primordial soup'' as per a recent study.

The research, published in Physical Review Letters, could redefine the kinds of particles that were abundant in the early universe.

According to the Big Bang model, the universe expanded rapidly from a highly compressed primordial state, which resulted in a significant decrease in density and temperature.

Soon afterward, the dominance of matter over antimatter (as observed today) may have been established by processes that also predict proton decay. During this stage, many types of elementary particles may have been present. After a few seconds, the universe cooled enough to allow the formation of certain nuclei.

The theory predicts that definite amounts of hydrogen, helium and lithium were produced. Their abundances agree with what is observed today. About a million years later the universe was sufficiently cool for atoms to form.

“This is just the start of the story,” says lead author Yen-Jie Lee, the Class of 1958 Career Development Associate Professor of Physics at MIT.

“We’ve shown we can find a signal. In the next few years we want to use the quark-gluon plasma to probe the X particle’s internal structure, which could change our view of what kind of material the universe should produce.”

“For years we had thought that for some reason, nature had chosen to produce particles made only from two or three quarks,” Lee says.

“Theoretically speaking, there are so many quarks and gluons in the plasma that the production of X particles should be enhanced,” Lee says. “But people thought it would be too difficult to search for them because there are so many other particles produced in this quark soup.”

Although the theory of cosmic inflation received a great deal of experimental support, the failure to find the gravitational waves it predicted caused many cosmologists to hold off endorsing it.

Because cosmic inflation was powered by quantum effects, with the universe springing from a volume smaller than a subatomic particle, primordial gravitational waves were also created by quantum processes, cosmologists believe. If so, then by scrutinizing the gravitational waves that pervade today’s cosmos, scientists might finally show that all four forces of nature arise from a single uber-force, achieving Einstein’s dream.

MIT postdoc Jing Wang said, “We managed to lower the background by orders of magnitude to see the signal.”

“Currently our data is consistent with both because we don’t have a enough statistics yet. In next few years we’ll take much more data so we can separate these two scenarios,” Lee says. “That will broaden our view of the kinds of particles that were produced abundantly in the early universe.”