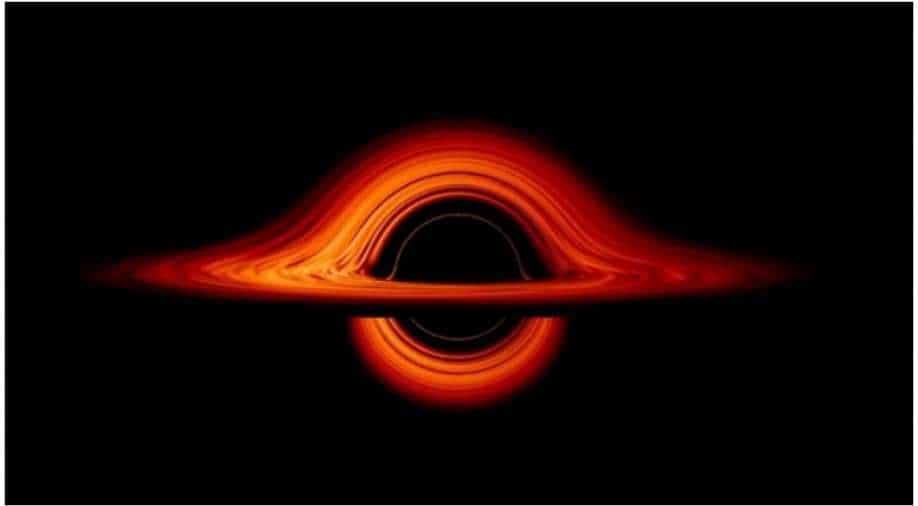 Black holes are an enigma. We can only theorise what happens inside this mysterious celestial structure but we don't know for sure as no one, or nothing from our planet has entered black hole and returned to tell the tale. Gravitational pull of black hole is so unimaginably powerful that even light, the fastest entity in the universe, cannot escape the grip of a black hole.

NASA and other space agencies across that world continuously study this cosmic wonder and post beautiful photos and videos for us to marvel at.

A video posted by NASA has gone crazy viral.

It's a visualisation of a black hole.

“This visualization simulates the appearance of a black hole as seen on its edge, where inbound matter has collected into a thin, hot structure called an accretion disk. The black hole’s extreme gravity alters the paths of light coming from different parts of the disk, making rings of matter visible above and below. At the center lies the black hole's shadow, an area roughly twice the size of the event horizon — its point of no return,” says NASA. The video has been posted on Instagram.

NASA further provides information that this visualisation was first published in September 2019. This was the period when scientists were able to take very first photo of a black hole.

Within just 13 hours of posting this video, it has been seen more than 2 million times.