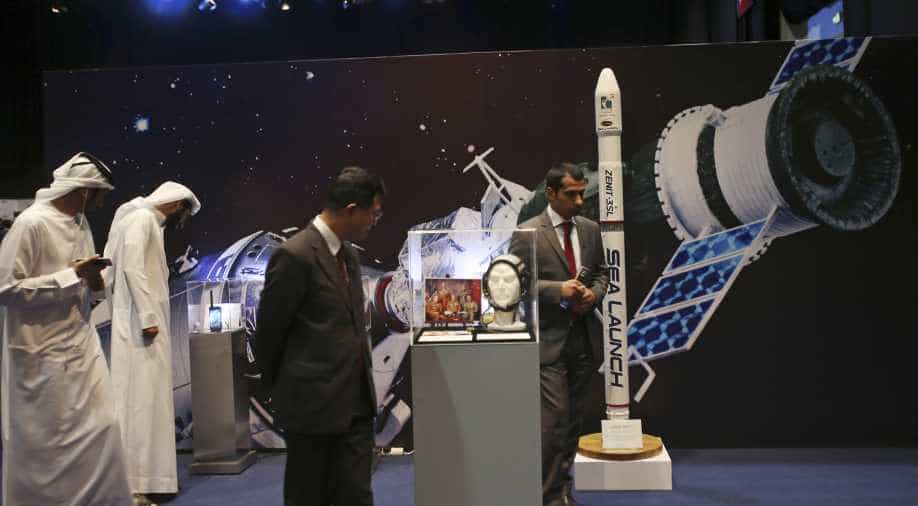 It will mark the 50th anniversary of its unification with "Hope", an unmanned spacecraft expected to reach its target in February after being launched on July 15 from Japan's Tanegashima Space Centre.

The oil-rich United Arab Emirates plans to join another elite club by sending a probe to Mars -- after having built a nuclear power programme and sent a man to space.

It will mark the 50th anniversary of its unification with "Hope", an unmanned spacecraft expected to reach its target in February after being launched on July 15 from Japan's Tanegashima Space Centre.

Only the United States, India, the former Soviet Union, and the European Space Agency have successfully sent missions to orbit the Red Planet, while China is preparing to launch its first Mars rover later this month.

The UAE is now pushing to join their ranks in what will be a first for the Arab world.

While the mission objective is to provide a comprehensive image of the weather dynamics in Mars' atmosphere and pave the way for scientific breakthroughs, the probe is a foundation for a much bigger goal -- building a human settlement on Mars within the next 100 years.

Dubai has hired architects to imagine what a Martian city might look like and recreate it in its desert as "Science City", at a cost of around 500 million dirhams (135 million dollars).

Over the last few decades, UAE has become a hub for young Arabs aspiring to build professional careers and raise families in a safe environment, in a region too often blighted by war and political crises.

Last September, Hazza al-Mansouri became the first Emirati in space, part of a three-member crew that blasted off on a Soyuz rocket from Kazakhstan, returning home after an eight-day mission in which he became the first Arab to visit the International Space Station.