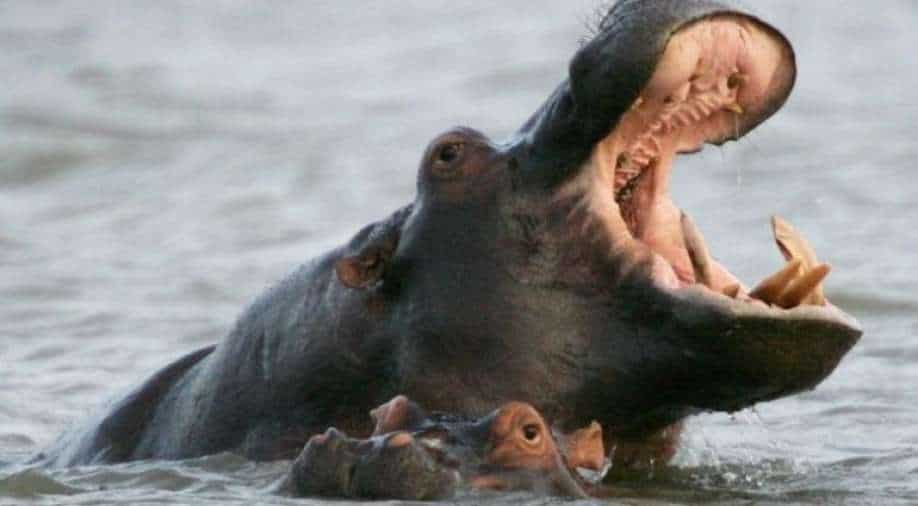 The hippos have a wide vocal repertoire, which includes grunts, bellows, squeals and "wheeze honks". Only very little is known about their social communication

If a new study is to be believed, hippos can recognise individuals from their "voices".

Not just this, they can also differentiate between a friend and a foe, said the research, which was published in Current Biology journal.

The research has been conducted by a team of scientists, who are studying hippos at a nature reserve in Africa. They said that the distinctive honks help the large mammals to differentiate between a friend and a foe.

The wild hippos or hippopotamuses are actually a very noisy animal. The hippos have a wide vocal repertoire, which includes grunts, bellows, squeals and "wheeze honks". Only very little is known about their social communication.

Prof Nicolas Mathevon, who is also the leader of the research and teaches at the University of Saint-Etienne, in France, has studied the sounds of various animals, such as leopard seals, hyenas, etc, across the world.

"In their call, there is information about the identity of the individual - so they have 'voices' - and they are able to recognise each other by their voices. This recognition ability supports the social relationships between individuals," said Mathevon.

These researchers have been recording the sounds of hippos, who are living in the Maputo Special Reserve in Mozambique, to find out more about their social communication.