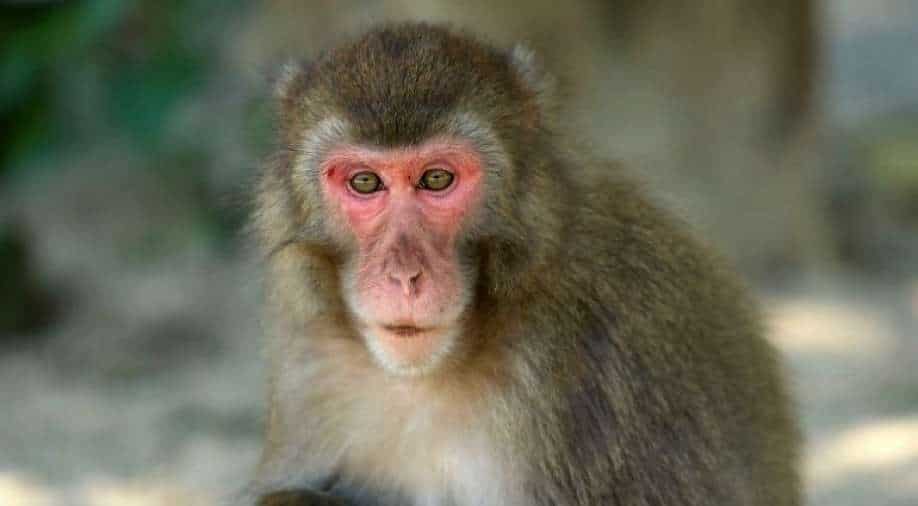 Yakei became a rare alpha female of a macaque troop in the Japanese nature reserve, but a kind of simian love triangle may endanger her grip on power

Smashing the patriarchy in the human world has been easier said than done. But last year, a 9-year-old female Japanese macaque in a reserve in southern Japan showed humans how it’s done by violently overthrowing the alpha male of her troop to become its first female leader in the reserve’s 70-year history.

The macaque, named Yakei, presides over a troop of 677 monkeys in Takasakiyama Natural Zoological Garden, which was established as a reserve for monkeys in 1952. There are two troops on the island reserve, and they spend most of their time roaming the forested mountain at its center. They also make daily visits to a park at the base of the mountain, where the staff provides food. Since the reserve opened, its staff has kept tabs on the romantic and political struggles of the simian residents.

Yakei’s ascent to alpha status surprised both scientists and reserve workers, who are now closely observing Yakei’s reign to see how long she can maintain her supremacy. And with breeding season sending Yakei into the middle of something like a messy love triangle, some experts wonder if she may be vulnerable to a usurper.

​​The Japanese macaque, also known as the snow monkey, is a highly intelligent species native to Japan. It is well known for its beet-red bottom and its affinity for soaking in hot springs.

While many animals, including bees, hyenas and elephants, live in female-led societies, a hostile takeover by a female “is very rare in Japanese macaque society, and only a few cases have been reported in the history of primatology,” Yu Kaigaishi, a research fellow at the Japan Society for the Promotion of Science, said in an email.

Japanese macaque society is based on a strict hierarchy. The higher an individual monkey’s rank, the greater its access to food, mates and resting locations. Females inherit the rank just below their mothers and rarely leave the troop they were born into. Males leave their natal troop upon reaching puberty and join a new troop, where their rank is usually determined by the amount of time they have spent in the troop. However, rank is sometimes gained through acts of violence, typically male on male.

Yakei confounded what primatologists expected among Japanese macaques. Last April, she beat up her own mother to claim the top spot among the females of her troop. While most females would be content there, Yakei continued to fight.

According to reserve workers, Yakei assaulted three high-ranking males, then went after Nanchu, who had led the troop for five years. At the age of 31, Nanchu is elderly for a Japanese macaque and was ultimately no match for the young and determined Yakei.

“She physically attacked and defeated Nanchu, consequently acquiring the highest ranking in the troop,” said Kaigaishi, who studies the behavior of Japanese macaques.

After Yakei’s altercation with Nanchu, reserve workers performed what is known as a “peanut test”: providing the monkeys with peanuts and seeing who eats first. Males and females stepped aside to let Yakei eat first, a confirmation of her alpha status.

Since then, “Yakei has shown some behaviors typically seen only in dominant males, such as walking with her tail up and shaking tree branches with her body,” said Kaigaishi, who is not affiliated with the reserve. "It sounds as if she is behaving like an adult male, being more aggressive than other individuals.”

Although Yakei seems to be leaning into her role, she is likely to face challenges. The reign of an alpha can last from a few months to over a decade. But observers of the troop say that mating season could change things for Yakei.

Mating time at the reserve, which typically runs from November until March, is in full swing. During the breeding season, male and female macaques, which are polygamous, form pair bonds. They mate, feed, rest and travel with their partners for an average of 16 days. After this period, the bond dissolves, and the females seek new partners. Females typically mate with an average of four males each breeding season.

“Mating season generally heats things up in Japanese macaque society,” said Katherine Cronin of the Lincoln Park Zoo in Chicago, who studies animal social behavior and cognition, including of her zoo’s own Japanese macaques. “The environment becomes more competitive and tense.”

During previous breeding seasons, Yakei paired with Goro, a 15-year-old male ranked sixth within the troop. According to the reserve, the Japanese newspaper Manichi Shimbun reported, Goro bit Yakei in the face in 2019, a move that caused her bottom to flush bright red — a sign she was ready and willing to take him as a mate. However, since Yakei has claimed the troop’s top spot, Goro seems to have lost interest in her.

Since then, another male, an 18-year-old named Luffy, ranked fifth in the troop, has tried to woo Yakei, but to no avail. “Luffy likes Yakei, but it appears one-sided,” Satoshi Kimoto, a guide at Takasakiyama, said in an email.

Yakei could feasibly form pair bonds with both Goro and Luffy over the course of this breeding season. However, her distaste for Luffy seems to have recently evolved into something more akin to fear.

“I visited Takasakiyama last week and observed that Yakei showed a facial expression (known as ‘fear grimace’) typical for subordinate individuals against Luffy,” Kaigaishi said in an email. “Also, I observed Luffy pushing Yakei away to monopolize food.”

While Kaigaishi said more data was needed to reach any conclusions, he added, “It seemed that Luffy was dominant over Yakei.”

Whether Yakei’s behavior is the result of a fall from power or simply a sign she doesn’t wish to mate with Luffy is not yet clear. Kimoto said he still believed that Yakei held the top spot and that “she won’t fall from the top only from mating.”

If Yakei’s rule continues, scientists like Kaigaishi will have a unique opportunity to study how Japanese macaques fare in a society led by a female.

“Japanese macaque society is so dramatic and unpredictable,” he said, “which is why many people, both researchers and nonresearchers, love to observe them.”