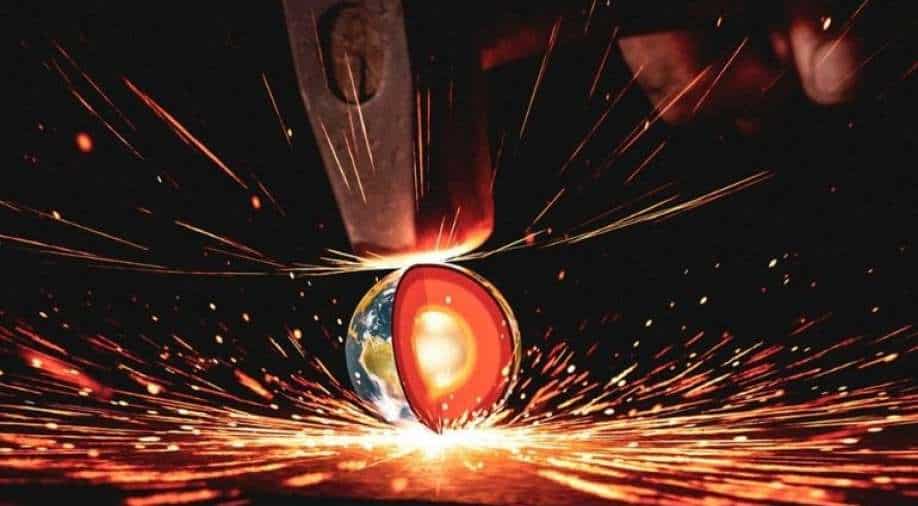 Earth’s magnetic field has been a life preserver, protecting against relentless solar winds, streams of charged particles rushing from the Sun, that otherwise could strip away the planet’s atmosphere and water

Scientists have recreated the intense pressure conditions of Earth's outer core in a laboratory.

The study, conducted by researchers at the US Department of Energy's SLAC National Accelerator Laboratory, has been published in Physical Review Letters.

Earth's inner core is under pressure about 360 million times higher than we experience in our everyday lives and temperatures approximately as hot as the Sun's surface.

According to the study's co-author Arianna Gleason, a scientist in the High-Energy-Density Science (HEDS) Division at SLAC, ''We didn't quite make inner core conditions.''

''But we achieved the conditions of the outer core of the planet, which is really remarkable.''

Earth’s magnetic field has been a life preserver, protecting against relentless solar winds, streams of charged particles rushing from the Sun, that otherwise could strip away the planet’s atmosphere and water.

"As we continue to push it, the iron doesn't know what to do with this extra stress," says Gleason.

"And it needs to relieve that stress, so it tries to find the most efficient mechanism to do that."

The coping mechanism iron uses to deal with that extra stress is called "twinning."

“Twinning allows iron to be incredibly strong, stronger than we first thought, before it starts to flow plastically on much longer time scales,” Gleason said.

Some asteroids in our solar system are massive iron objects that scientists suspect are the remnants of planetary cores after catastrophic impacts.

The researchers recreated deep-Earth conditions to see how iron copes with extreme stress.