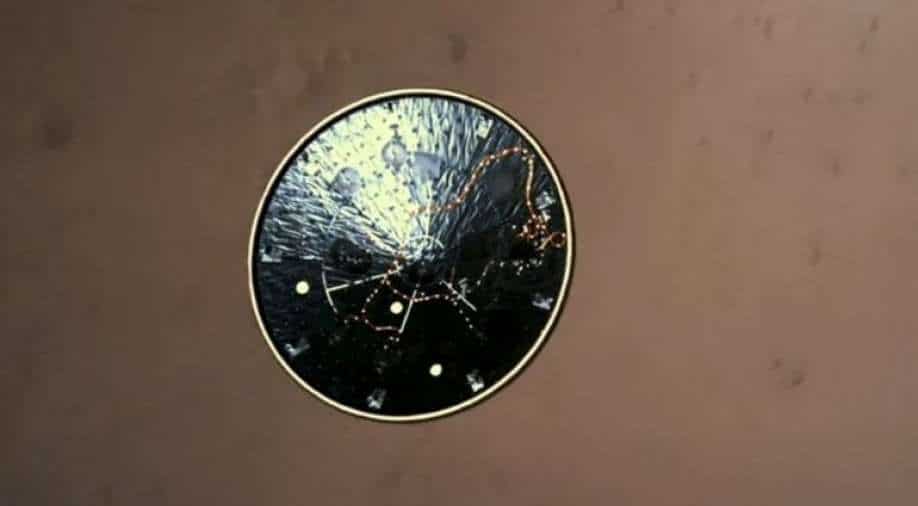 Known as the Jezero crater, it was the site of a lake 3.7 billion years ago. The long-gone river once fed a lake, depositing sediment in a fan-shaped delta visible from space. The ancient river has bolstered the search of signs of life on Mars.

NASA's Perseverance rover has released images from Mars that reveal how water helped shape the Red Planet's landscape billions of years ago.

It had taken a break from solar conjunction which refers to a period when the sun is between the Earth and Mars.

NASA astrobiologist Amy Williams and her team in Florida found similarities between features of the cliffs seen from the crater floor and patterns in Earth's river deltas.

The shape of the bottom three layers showed a presence and steady flow of water early on, indicating Mars was "warm and humid enough to support a hydrologic cycle."

The top and most recent layers feature boulders measuring more than a metre in diameter scattered about, probably carried there by violent flooding.

But it is the fine-grained sediment of the base layer that will likely be the target of sampling for signs of long-extinct life, if it existed, on Mars.

The findings will help researchers figure out where to send the rover for soil and rocks that may contain precious "biosignatures" of putative Martian life forms.

"From orbital images, we knew it had to be water that formed the delta," Williams said in a press release.

"But having these images is like reading a book instead of just looking at the cover."

Finding out whether life may have existed on Mars is the main mission of Perseverence, a project that took decades and cost billions of dollars to develop.