Astronomers offer hint on how Sun's death might unfold 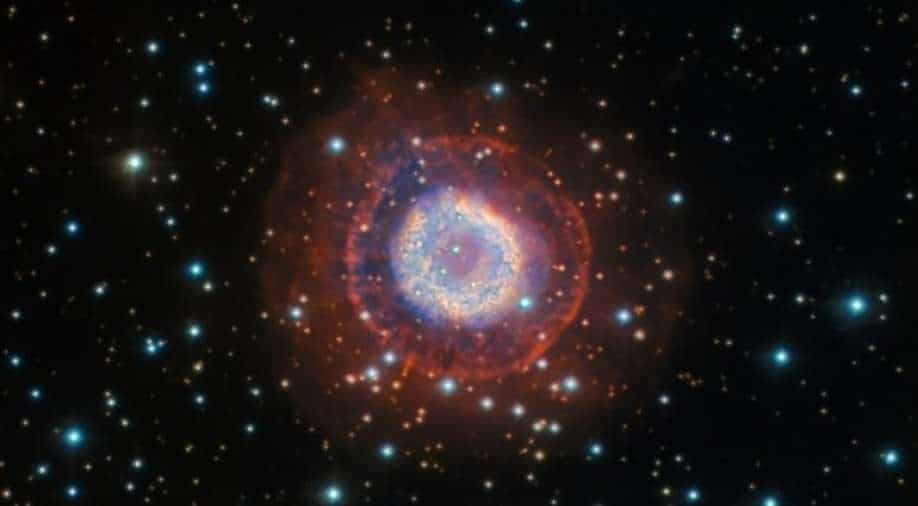 The sun, essentially a hot ball of hydrogen and helium, is an average-sized star that formed more than 4.5 billion years ago and is roughly halfway through its lifespan

NASA's Hubble Telescope has unveiled new images that could offer a sneak preview of the demise of the Sun.

The sun, essentially a hot ball of hydrogen and helium, is an average-sized star that formed more than 4.5 billion years ago and is roughly halfway through its lifespan.

Known as NGC 2438, the planetary nebula is the Sun-like stars. It is located roughly 1,370 light-years away from the Earth.

Planetary nebulae are massive gas clouds ejected from dying stars like that resemble the Sun.

During the end of its lifespan, the sun will run out of hydrogen to fuse in the core. This will make the Sun unstable and it will collapse into a white dwarf.

The sun appears to be far less active than similar stars in terms of brightness variations caused by sunspots and other phenomena.

“Temperature and rotation period are thought to be the major ingredients for the dynamo inside the star, which generates its magnetic field, and eventually the number and size of the spots causing the brightness to vary. Finding such stars with very similar parameters as our sun but being five times more variable was surprising,” Reinhold said.

Elevated magnetic activity associated with sunspots can lead to solar flares, coronal mass ejections - large expulsions of plasma and magnetic field from the outermost part of the sun’s atmosphere - and other electromagnetic phenomena that can affect Earth, for example disrupting satellites and communications and endangering astronauts.

Solar monotony may be good news.

“A much more active sun might have also affected Earth on geological time scales - paleoclimatology. A ‘too active’ star would definitively change the conditions for life on the planet, so living with a quite boring star is not the worst option,” Reinhold said.

The findings, Reinhold said, do not rule out that the sun may be in a quiet phase and may become more variable in the future.