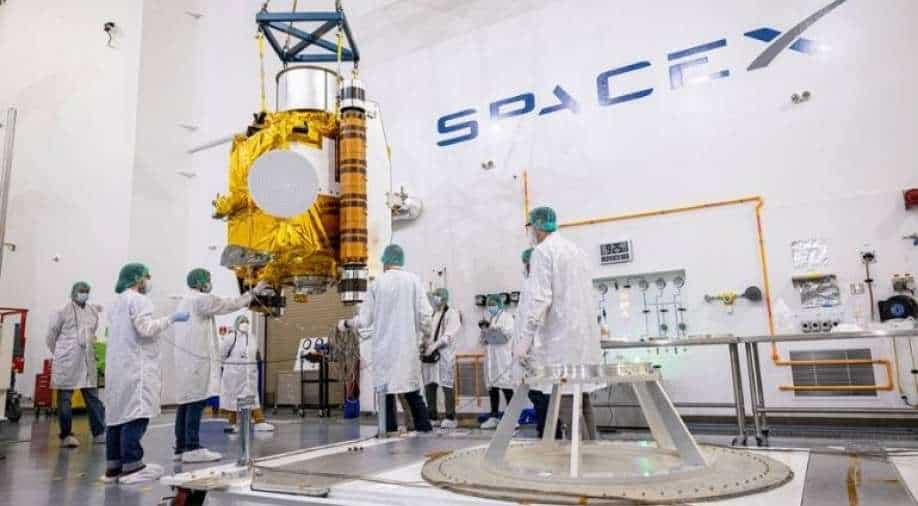 NASA has unveiled a spacecraft that will act as Earth's 'planetary defence' against asteroids.

The Double Asteroid Redirection Test (DART) is a test mission that will be launched by the US space agency on November 24 aboard a SpaceX Falcon 9 rocket.

According to Lindley Johnson, NASA's Planetary Defence Officer, ''Although there isn't a currently known asteroid that's on an impact course with the Earth, we do know that there is a large population of near-Earth asteroids out there.''

"The key to planetary defence is finding them well before they are an impact threat," Johnson said.

"We don't want to be in a situation where an asteroid is headed towards Earth and then have to test this capability."

DART will target a double asteroid Didymos and its moon Dimorphos that are approximately 6.8 million miles away from the Earth.

''We are targeting to be as nearly head-on as possible to cause the biggest deflection,'' said Nancy Chabot of the Johns Hopkins Applied Physics Laboratory, who built the DART spacecraft.

The amount of deflection will depend to a certain extent on the composition of Dimorphos and scientists are not entirely certain how porous the asteroid is.

The mission will enhance modelling and predictive capabilities to help scientists better prepare for an actual asteroid threat should one ever be discovered.

More than 27,000 near-Earth asteroids have been catalogued by NASA.

An asteroid discovered in 1999 known as Bennu that is 1,650 feet wide will pass within half the distance of the Earth to the Moon in the year 2135 but the probability of an impact is considered very slight.