Scientists identify interesting similarity between this exoplanet and Earth 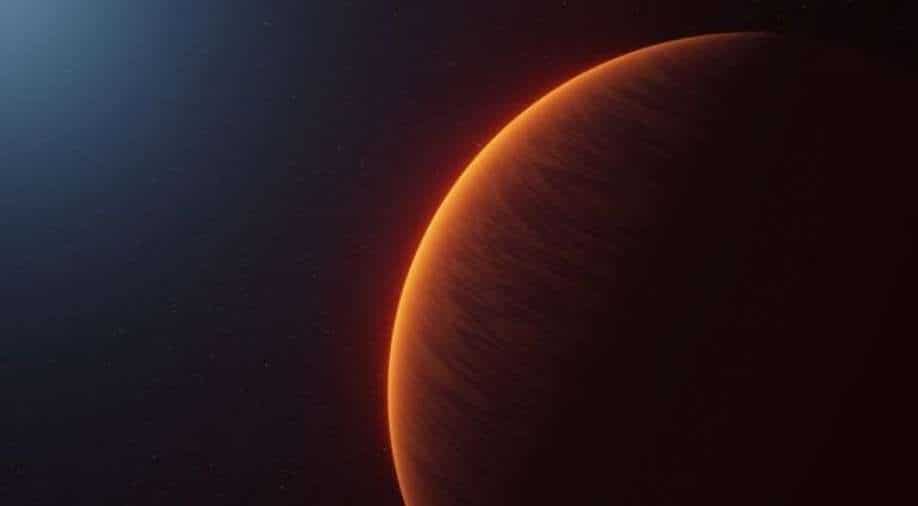 Artist’s impression of WASP-189b, an exoplanet orbiting the star HD 133112 which is one of the hottest stars known to have a planetary system (Image credit: Bibiana Prinoth) Photograph:( Others )

Astronomers have discovered more than 4,400 exoplanets. Some have been large gas planets akin to Jupiter. Others have been smaller, rocky Earth-like worlds, the kind considered candidates for harboring life, but currently available scientific instruments tell us little about their atmospheres

Scientists have identified an interesting similarity between the Earth and an exoplanet WASP-189b.

Astronomers have discovered more than 4,400 exoplanets. Some have been large gas planets akin to Jupiter.

Others have been smaller, rocky Earth-like worlds, the kind considered candidates for harboring life, but currently available scientific instruments tell us little about their atmospheres.

The atmosphere of Earth is not a uniform envelope but consists of distinct layers that each have characteristic properties.

The lowest layer spans from sea level beyond the highest mountain peaks, for example, the troposphere contains most of the water vapour and is thus the layer in which most weather phenomena occur. The layer above it, the stratosphere – is the one that contains the famous ozone layer that shields us from the Sun's harmful ultraviolet radiation.

The research shows for the first time that the atmosphere of one of the most extreme known planets may have similarly distinct layers as well – albeit with very different characteristics.

Also read | Scientists find hundreds of complex, mysterious strands at the heart of the Milky Way

The study, conducted by researchers from the University of Bern and the University of Geneva as well as the National Centre of Competence in Research (NCCR), has been published in the journal Nature Astronomy.

WASP-189b is a planet outside our own solar system, located 322 light-years from Earth. The planet is 20 times closer to its host star than Earth is to the Sun and has a daytime temperature of 3200 degrees Celsius as per extensive observations with the CHEOPS space telescope.

“We measured the light coming from the planet’s host star and passing through the planet’s atmosphere. The gases in its atmosphere absorb some of the starlight, similar to Ozone absorbing some of the sunlight in Earth’s atmosphere, and thereby leave their characteristic ‘fingerprint’. With the help of HARPS, we were able to identify the corresponding substances”, the lead author of the study and doctoral student at Lund University, Bibiana Prinoth, explains.

One particularly interesting substance the team found is a gas containing titanium: titanium oxide. While titanium oxide is very scarce on Earth, it could play an important role in the atmosphere of WASP-189b – similar to that of ozone in Earth’s atmosphere.

“Titanium oxide absorbs short wave radiation, such as ultraviolet radiation. Its detection could therefore indicate a layer in the atmosphere of WASP-189b that interacts with the stellar irradiation similarly to how the Ozone layer does on Earth”, study co-author Kevin Heng, a professor of astrophysics at the University of Bern and a member of the NCCR PlanetS, explains.