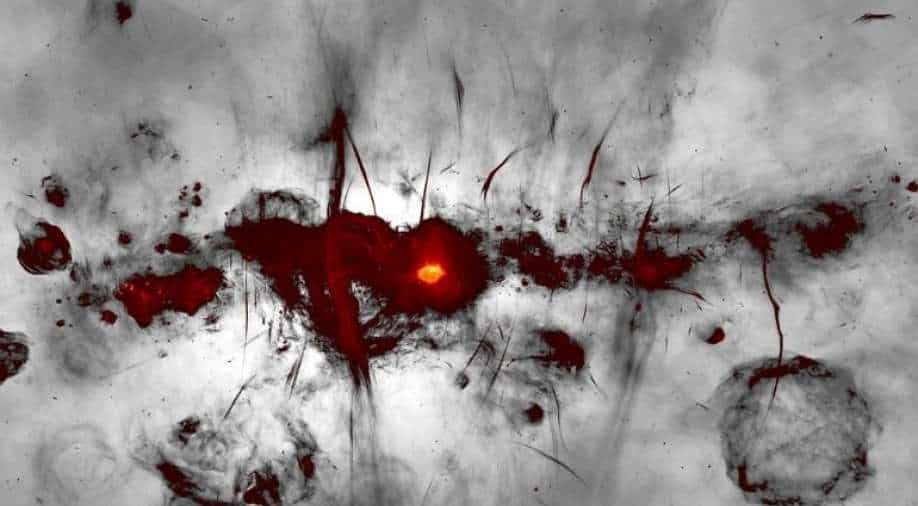 Scientists have found hundreds of mysterious strands at the heart of the Milky Way galaxy. They were captured by a MeerKAT telescope image by the South African Radio Astronomy Observatory (SARAO).

“I’ve spent a lot of time looking at this image in the process of working on it, and I never get tired of it,” says Dr. Ian Heywood from the University of Oxford, Rhodes University, and SARAO, and lead author of the study.

“When I show this image to people who might be new to radio astronomy, or otherwise unfamiliar with it, I always try to emphasise that radio imaging hasn’t always been this way, and what a leap forward MeerKAT really is in terms of its capabilities. It’s been a true privilege to work over the years with colleagues from SARAO who built this fantastic telescope.”

The latest image reveals new supernova remnants, the expanding shells of material left behind when massive stars end their lives explosively, including a rare almost-perfect spherical example, and provides astronomers with the best insight yet into the population of mysterious ‘radio filaments’ found nowhere else.

The highly-linear features pervading the image are radio-emitting magnetised threads. Up to 100 light-years long, these unique structures have defied a conclusive explanation for their origin since discovery over 35 years ago.

MeerKAT has discovered many more such filaments than were previously known, and the new data release will allow astronomers to study these objects as a population for the first time.

“It’s a testament to the skill and dedication of our South African colleagues who built MeerKAT that it’s making such remarkable discoveries in one of the most intensively studied corners of the radio sky. The image we’re sharing today is rich with scientific potential, and we very much look forward to further surprises as the astronomical community mines these data for years to come.”

The findings by the international team of astronomers have been published in 'The Astrophysical Journal.'

The Milky Way, spiral-shaped with a central bar-like structure composed of stars, includes 100 to 400 billion stars, including the sun, which formed roughly 4.5 billion years ago.