Scientists drove mice to bond by zapping their brains with light 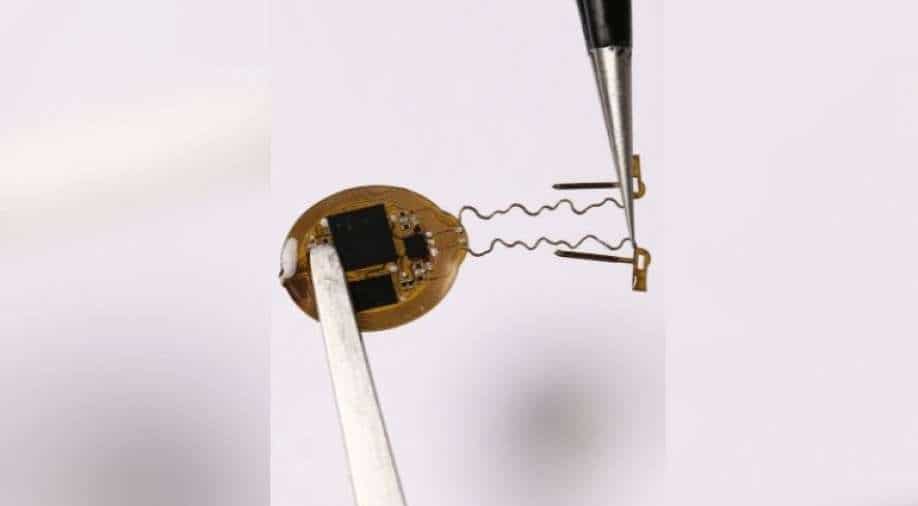 The experiment, published this month in Nature Neuroscience, was made possible thanks to an impressive new wireless technology that allows scientists to observe — and manipulate — the brains of multiple animals as they interact with one another

Late one evening in March 2020, just before the coronavirus pandemic shut down the country, Mingzheng Wu, a graduate student at Northwestern University, plopped two male mice into a cage and watched as they explored their modest new digs: sniffing, digging, fighting a little.

With a few clicks on a nearby computer, Wu then switched on a blue light implanted in the front of each animal’s brain. That light activated a tiny piece of cortex, spurring neurons there to fire.

Wu zapped the two mice at the same time and at the same rapid frequency — putting that portion of their brains quite literally in sync. Within a minute or two, any animus between the two creatures seemed to disappear, and they clung to each other like long-lost friends.

“After a few minutes, we saw that those animals actually stayed together, and one animal was grooming the other,” said Wu, who works in the neurobiology lab of Yevgenia Kozorovitskiy.

Wu and his colleagues then repeated the experiment, but zapped each animal’s cortex at frequencies different from the other’s. This time, the mice displayed far less of an urge to bond.

The experiment, published this month in Nature Neuroscience, was made possible thanks to an impressive new wireless technology that allows scientists to observe — and manipulate — the brains of multiple animals as they interact with one another.

When research on so-called interbrain synchrony emerged in the 2000s, some scientists dismissed it as parapsychology, a trippy field of the 1960s and ’70s that claimed to find evidence of ghosts, the afterlife and other wonders of the paranormal.

In 1965, for example, two ophthalmologists published in the prestigious journal Science an absurd study of 15 pairs of identical twins. Each twin, with electrodes on their scalps, was placed in a separate room and asked to blink on command. In two of the pairs, the study reported, one twin showed distinctive patterns of brain activity while the sibling was blinking in the other room. The doctors called it “extrasensory induction.”

“The paper is hilarious,” said Guillaume Dumas, a social physiologist at the University of Montreal who has studied brain-to-brain synchrony for more than a decade. In that far-out era, he said, “there were many papers with methodologically questionable conclusions claiming to demonstrate interbrain synchronisation with two people.”

Since then, however, many sound studies have found brain synchronies emerging during human interactions, starting with a paper in 2002 that described how to collect and merge data from two brain scanners simultaneously as two people played a competitive game. This enabled researchers to observe how both brains were activated in response to each other. In a Science paper in 2005, this “hyperscanning” technique showed correlations of activity in two people’s brains when they played a game based on trust.

In 2010, Dumas used scalp electrodes to find that when two people spontaneously imitated each other’s hand movements, their brains showed coupled wave patterns. Importantly, there was no external metronome — such as music or a turn-taking game — that spurred the pairs to “tune in” to each other; it happened naturally in the course of their social interaction.

“There’s no telepathy or spooky thing at play,” Dumas said. Interacting with someone else is complicated, requiring an ongoing feedback loop of attention, prediction and reaction. It makes sense that the brain would have some way of mapping simultaneously both sides of that interaction — your behaviours as well as the other person’s — although scientists still know very little about how that happens.

Later research showed that brain synchrony depended on the social relationship of the two people. Strangers and couples seem to have differing levels of brain synchrony, for instance. Another study found greater brain synchrony between a leader and a follower than between two followers.

The Northwestern researchers who carried out the new study in Nature Neuroscience were familiar with these human and animal experiments on interbrain synchrony. “It seemed interesting and a little bit strange,” Kozorovitskiy said. She thought the phenomenon could be further probed with a new tool they had developed to manipulate the brains — and activities — of animals.

Their tool involves optogenetics, a technique that uses a tiny LED light implanted into an animal’s brain to activate discrete groups of neurons. (A gene that encodes a light-sensitive protein derived from algae is first inserted into the neurons of interest to make them responsive.)

But studying social behaviour with optogenetics had historically been difficult because the light source was typically attached to the animal’s head through fibre-optic cables, which interfered with the animal’s normal behaviour. So John Rogers, a biomedical engineer at Northwestern who specialises in bioelectronics, developed tiny wireless devices that, once implanted, can be controlled remotely by a nearby computer.

“Because everything is implanted, mice can behave naturally and they can socially interact with one another naturally,” Rogers said. “You don’t have the cables that get tangled up, and there’s no head-mounted gear” for the mice to gnaw on.

The tool also allowed researchers to independently control multiple devices — and multiple animals — at once. Rogers and Kozorovitskiy began looking for a way to test it. Kozorovitskiy had seen the Cell study showing that interacting mice produce synchronies in the medial prefrontal cortex. Perhaps, she thought, the optogenetic device could test the converse relationship: If two animals’ brains were synchronised, would the animals become more social?

The answer, as Wu discovered that late night in March 2020, was yes. The results may suggest that brain synchrony is a causal driver of social behaviour — and is more than just a byproduct of brains performing similar activities, or thinking similar thoughts, in a shared environment.

“I don’t want to be too prescriptive or fantastical about it, but the human sociality spectrum is very broad, and there’s probably a subset of people who wouldn’t mind if it was possible to influence their level of sociality,” Kozorovitskiy said, pointing out that many of us already do this every time we meet friends at a bar.

Still, she said, “we cannot even start thinking about those kinds of experiments in clinical context until we understand much more about what’s happening.”