Scientists discover unusual radio waves about 1,300 light-years away from Earth 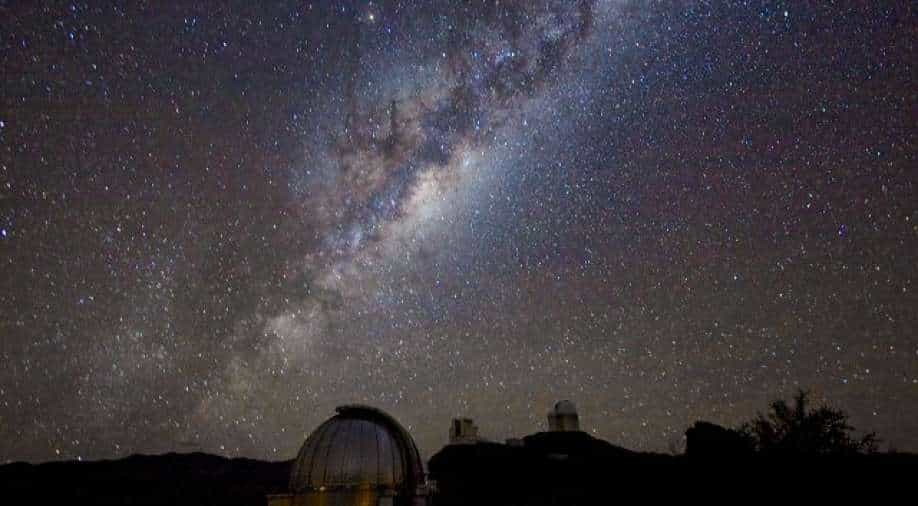 The team traced the strange pulse to the distant Cela-X 1 region of the Milky Way. It lasted for around 300 milliseconds. They think it’s a new type of radio-emitting galactic neutron star

Scientists have spotted unusual radio waves about 1,300 light-years from Earth. This strange “pulse” is being emitted from a neutron star, which rotates extremely slowly, completing one rotation every 76 seconds. The team went through old data from that region of space and found similar signals had been emitted before but had been missed by previous research. They say that this neutron star has the characteristics of a "pulsar" or even a "magnetar." Pulsars are very dense and the remains of a collapsed giant star. They emit radio waves from their poles and can be measured from Earth as the star rotates.

Manisha Caleb, a lecturer at the University of Sydney and MeerTRAP team traced the strange pulse to the distant Cela-X 1 region of the Milky Way. It lasted for around 300 milliseconds. When they went further from that region, they found records of more pulses.

The team, led by members of The European Research Council-funded MeerTRAP (More Transients and Pulsars) group at The University of Manchester, say it is a unique discovery as it resides in the neutron star graveyard where they do not expect to see any radio emission at all.

The discovery was made using the MeerKAT radio telescope in South Africa and published in the journal, Nature Astronomy.

Neutron stars are extremely dense remnants of a supernova explosion of a massive star. They can produce beams of radio waves which sweep around the sky as the neutron star spins, producing regular flashes like cosmic lighthouses.

Scientists have so far found 3000 of these in our own Galaxy. However, the new discovery is unlike anything seen so far. The team thinks that it could belong to the theorised class of ultra-long period magnetars with extremely strong magnetic fields.

“Amazingly we only detect radio emission from this source for 0.5% of its rotation period. This means that it is very fortuitous that the radio beam intersected with the Earth. It is therefore likely that there are many more of these very slowly spinning sources in the Galaxy which has important implications for how neutron stars are born and age,” Caleb said in a statement.

“The majority of pulsar surveys do not search for periods this long and so we have no idea how many of these sources there might be. In this case the source was bright enough that we could detect the single pulses with the MeerTRAP instrument at MeerKAT.”