A brand new shooting star lit up the sky in a dazzling display overnight Monday and Tuesday, even if it wasn't a "meteor storm" as some stargazers hoped for.

The tau Herculids meteor shower peaked at the midnight with 10 to 25 meteors an hour spotted falling through the night sky, according to EarthSky.com, which described the meteor shower as "decent."

The meteor shower was visible across large parts of US, Canada, Mexico, some parts of Europe and West Africa

Skygazers took to social media to share their photos of possible meteor sightings. 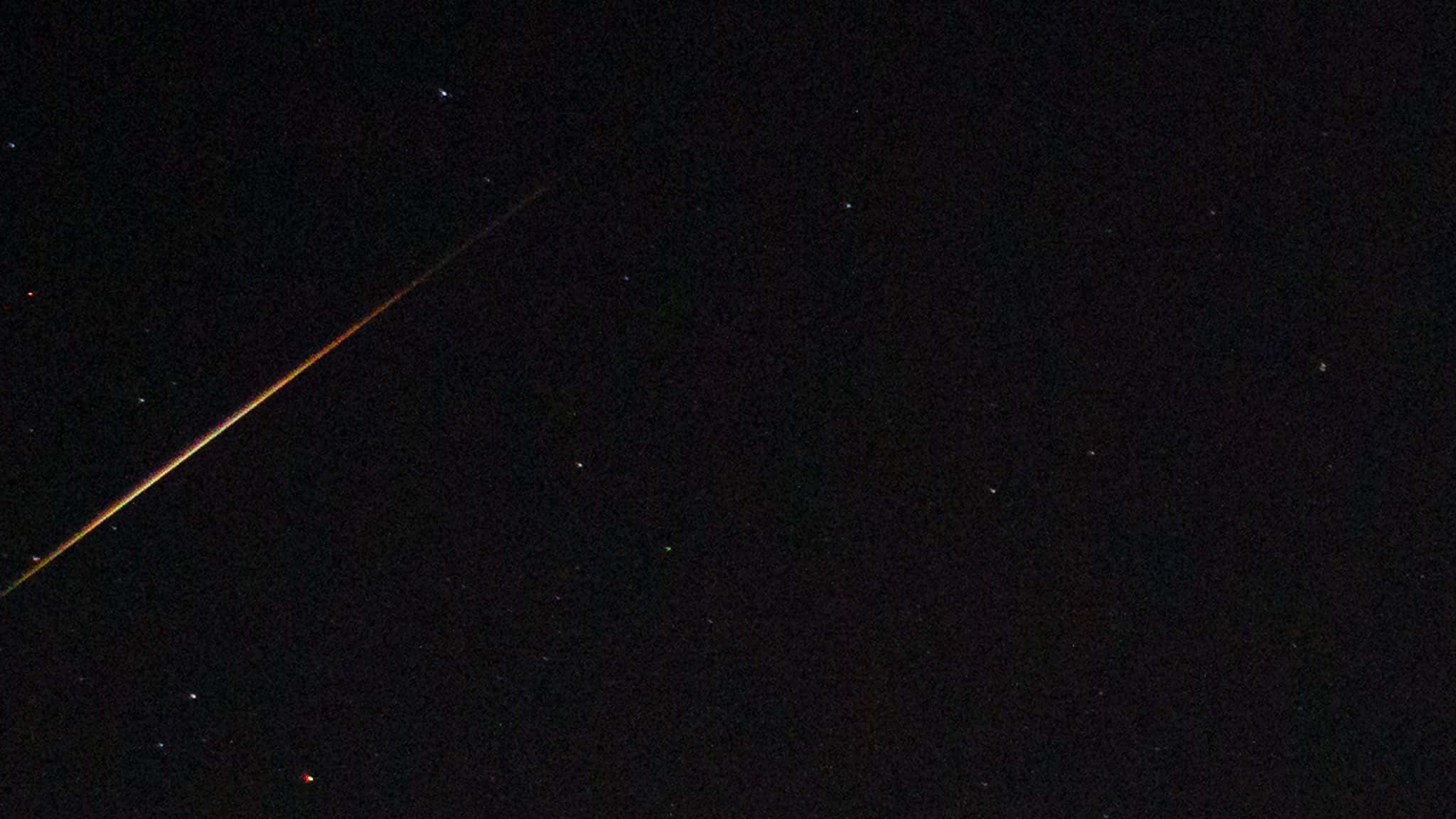 New meteor showers like this one are relatively rare. NASA had described the meteor shower as "an all or nothing event." 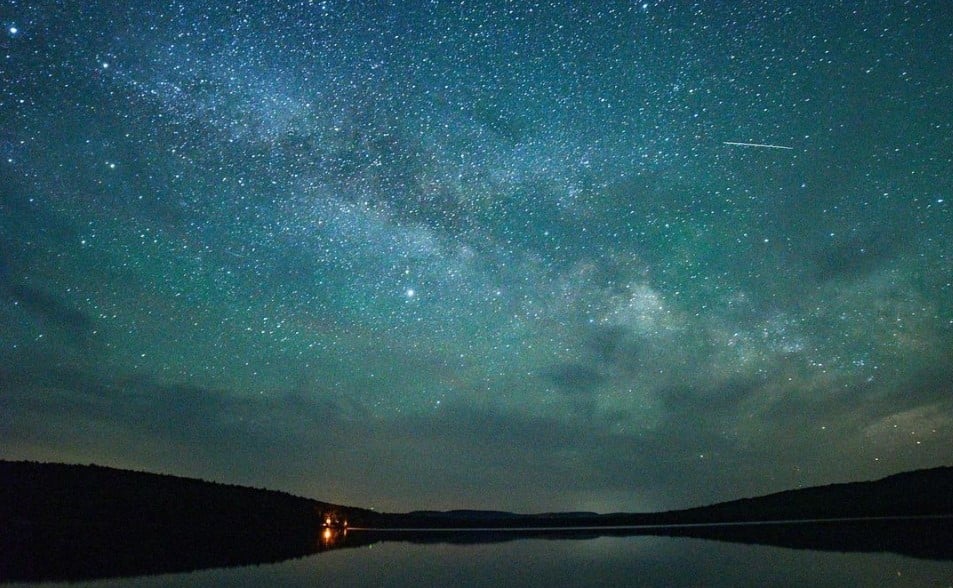 The comet, officially known as 73P/Schwassmann-Wachmann, or SW3, was discovered in 1930 by German observers Arnold Schwassmann and Arno Arthur Wachman. It wasn't spotted again until the late 1970s, and in the 1990s the comet shattered into several pieces, NASA said. 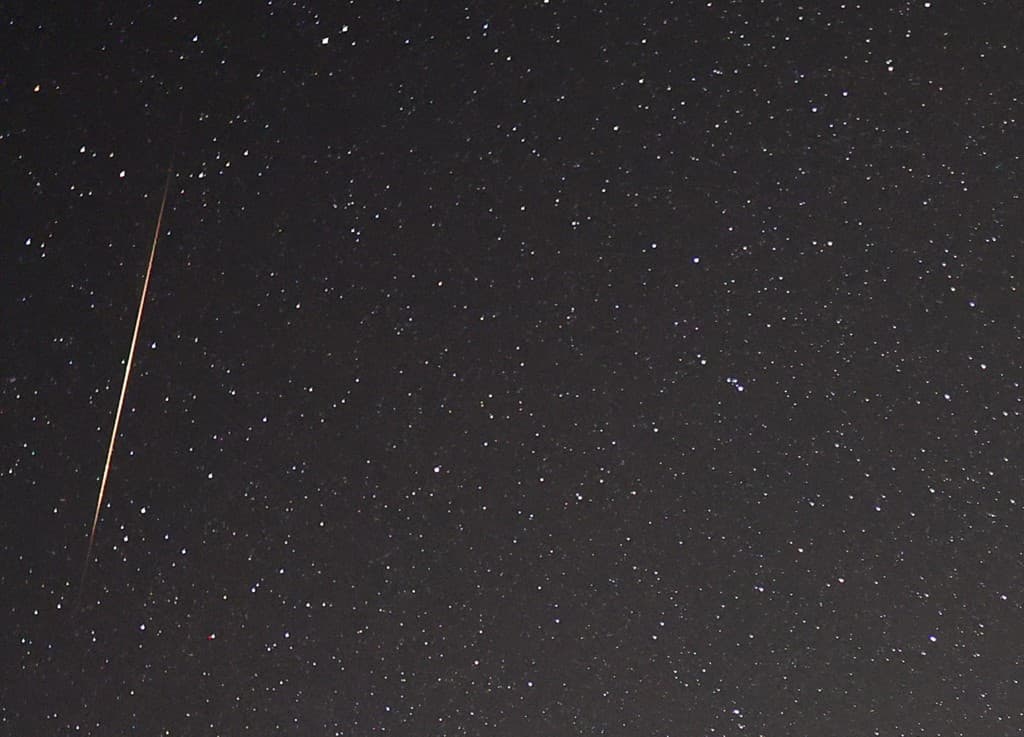 A close-up view shows a meteor streaking across the sky as the Earth passes through the debris trails of a broken comet called 73P/Schwassmann-Wachmann, or SW3, producing a never-before-seen meteor shower called the tau Herculids on May 30, 2022 in the Valley of Fire State Park, Nevada. 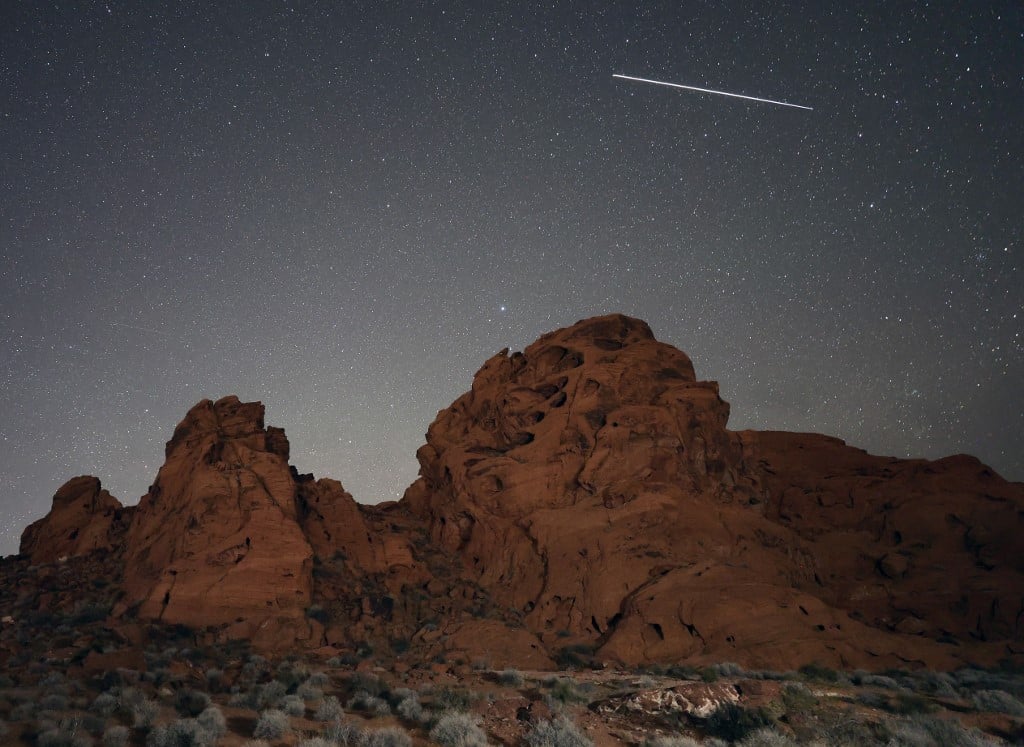 The tau Herculids crumbled in 1995

The International Space Station (ISS), reflecting light from the sun, appears to streak over sandstone formations in this 25-second camera exposure on May 30, 2022 in the Valley of Fire State Park, Nevada.  SW3, which orbits the sun every 5.4 years, crumbled in 1995, resulting in large fragments spewing material that the Earth is passing through for the first time 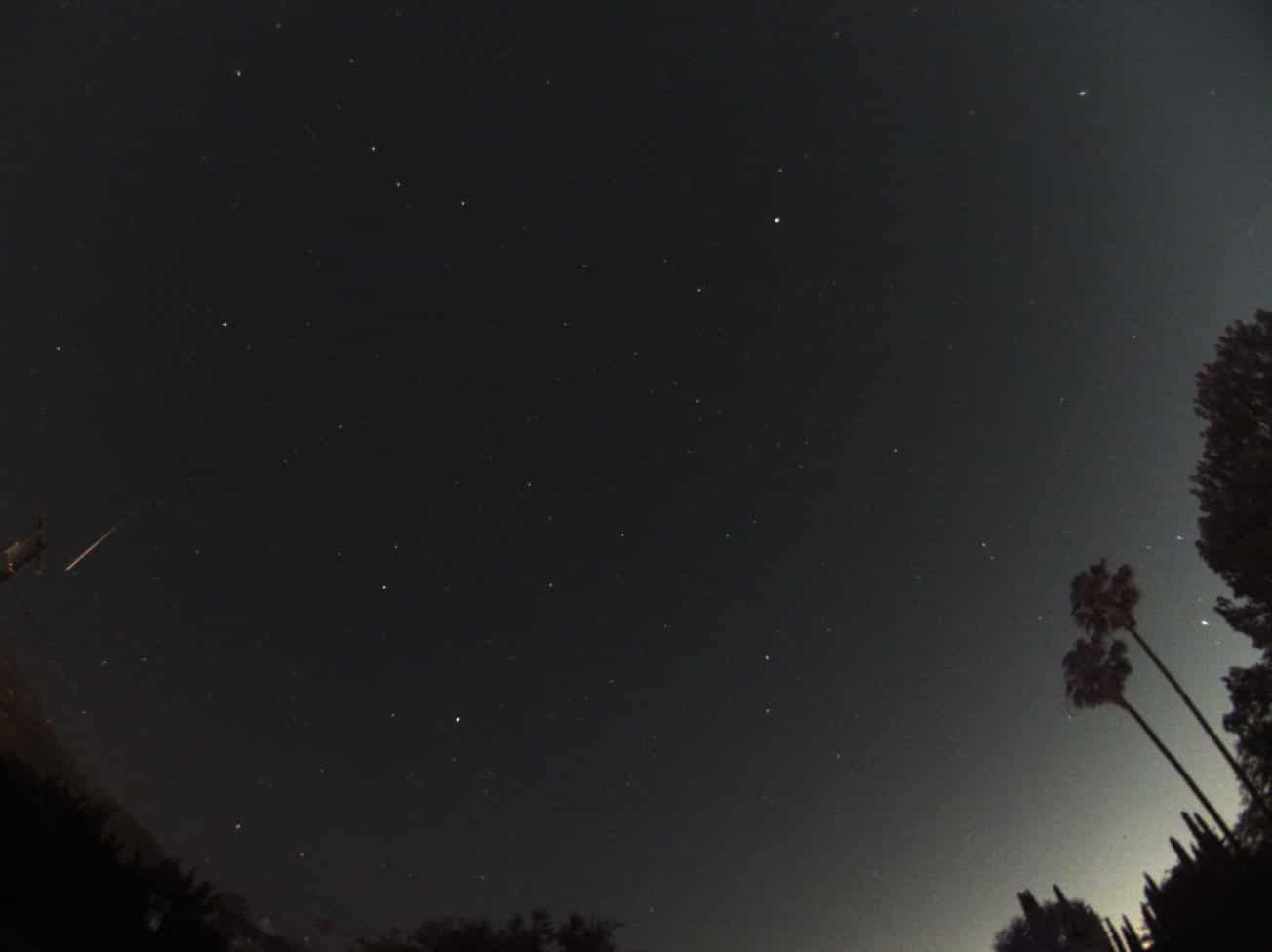 By the time SW3 passed Earth again in 2006, it was in nearly 70 pieces, and has continued to fragment further since then, NASA said. 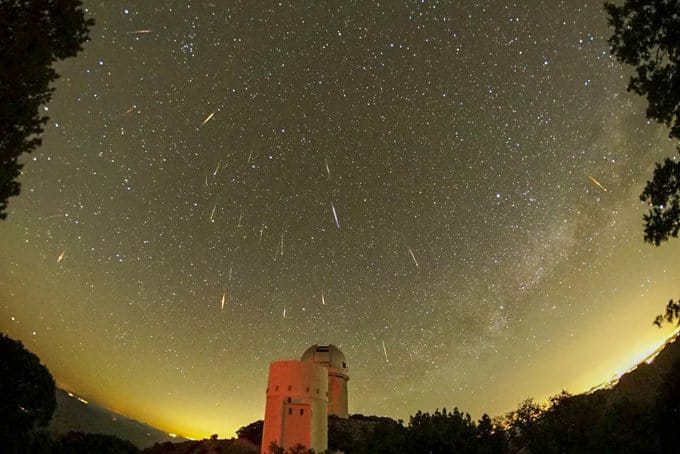 Each year, there are around 30 meteor showers, which occur when the Earth passes through the trail of debris left by a comet or asteroid, that are visible with the naked eye. 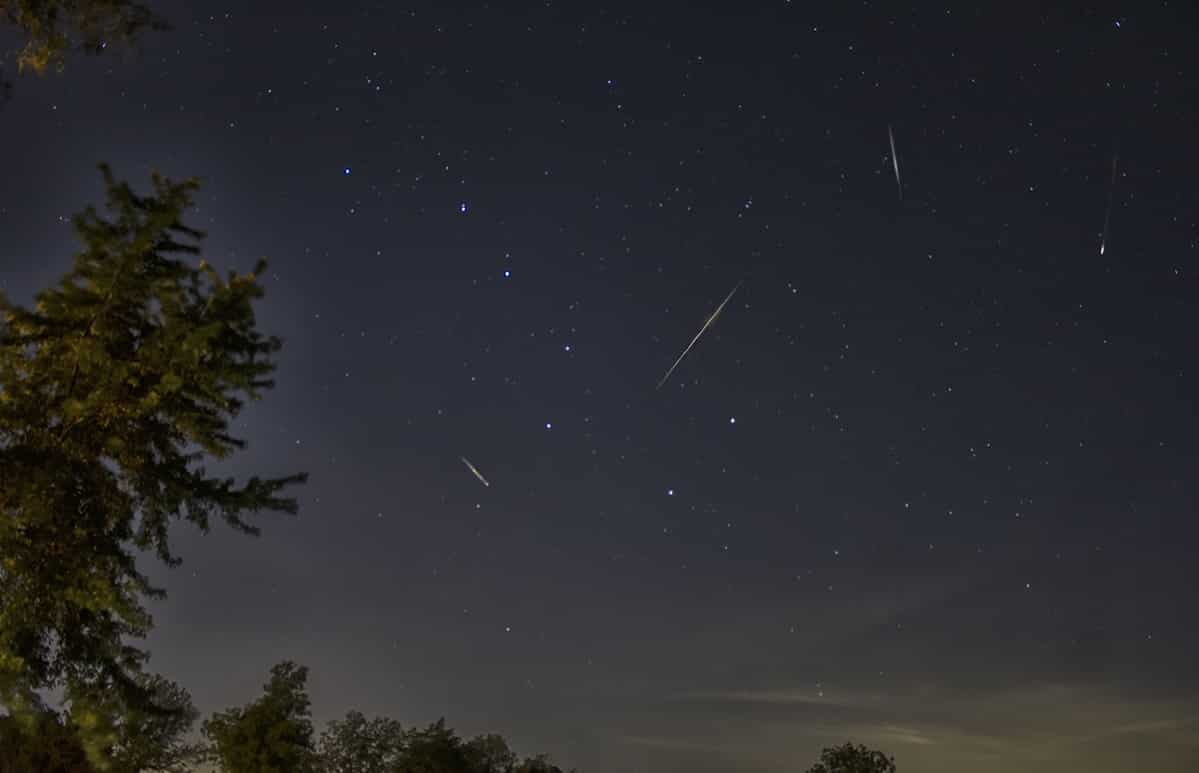 Some meteor showers have been around for centuries. For example, the Perseid meteor shower, which occurs each year in August, was first observed about 2,000 years ago and recorded by Chinese astronomers, NASA said. 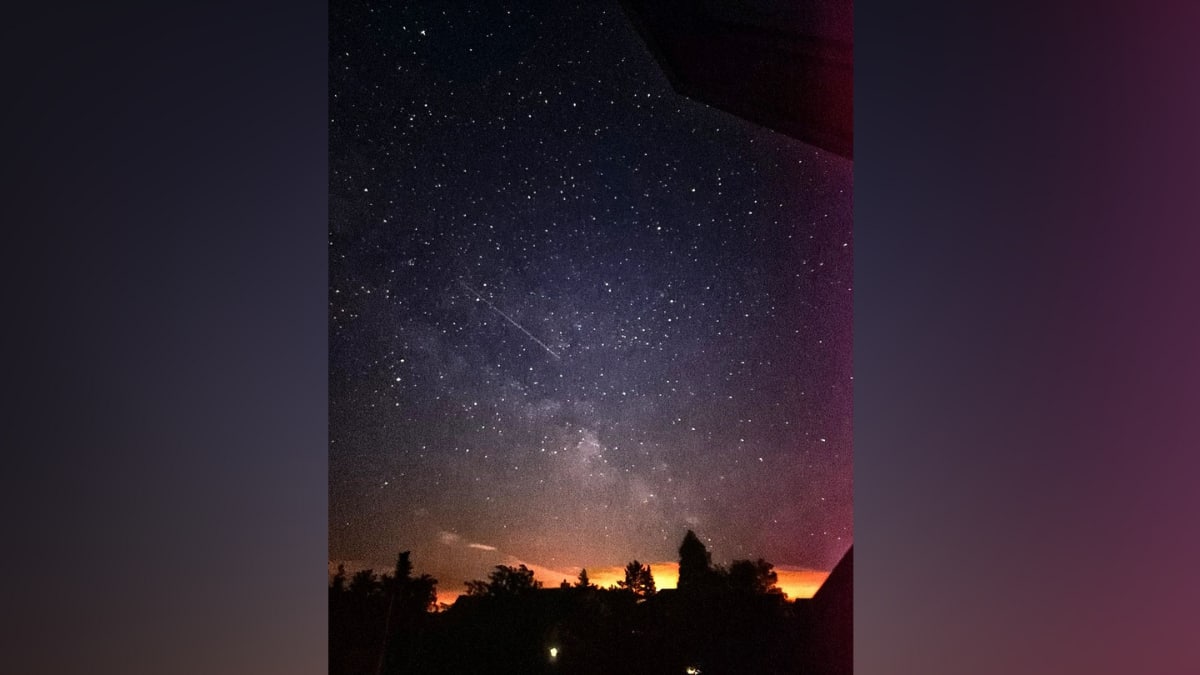 Meteor showers are typically named after the constellation from where they appear to radiate in the night sky, although Robert Lunsford, secretary general of the International Meteor Organization, said that the tau Herculids had been incorrectly named.