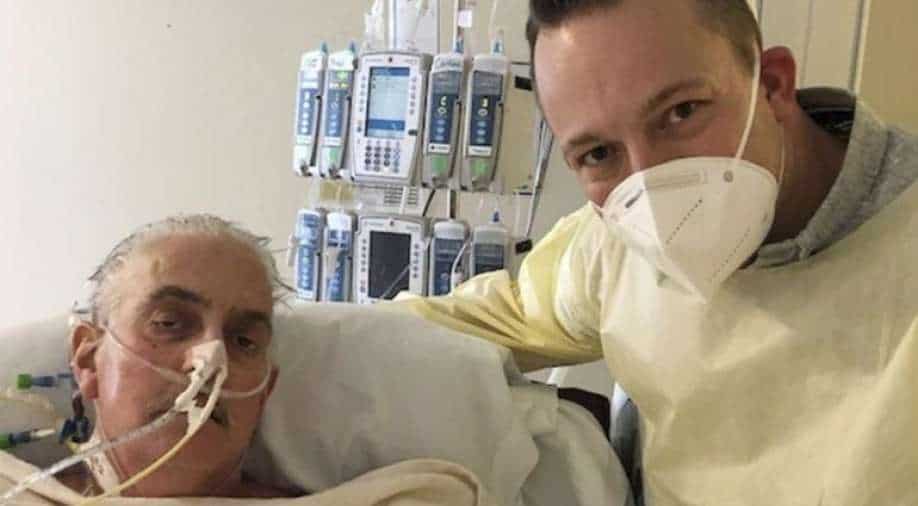 In this photo provided by the University of Maryland School of Medicine, David Bennett Jr., right, stands next to his father's hospital bed in Baltimore, Md., on Jan. 12, 2022, five days after doctors transplanted a pig heart into Bennett Sr., in a last-ditch effort to save his life Photograph:( Others )

Scientists believe that David Bennett Sr, a 57-year-old man from Maryland, may have been the victim of a pig virus linked to transplant failure.

His transplant surgeon Dr Bartlay Griffith has said the pig virus could have been ''latent'' and ''it could be a hitchhiker.''

Bennett's surgery had been performed at Baltimore's University of Maryland Medical Centre on January 7 but two months after his operation he died.

“Following surgery, the transplanted heart performed very well for several weeks without any signs of rejection. His condition began deteriorating several days after the operation,” the medical centre said in a statement.

Experts believe that the pig virus has highlighted concerns that patients of such transplants might require lifelong monitoring.

MIT Technology review quoted Griffith's statement at a webinar of the American Society of Transplantation in which he said that Bennett's heart had been infected by porcine cytomegalovirus that causes respiratory problems and is linked to pig-to-baboon organ transplant.

The pig, whose heart was transplanted into Bennett, had been raised by biotech company Revivicor which had altered its genomes to reduce the chances of rejection by his body.