Presence of clay on Mars points to the planet being habitable once: Study 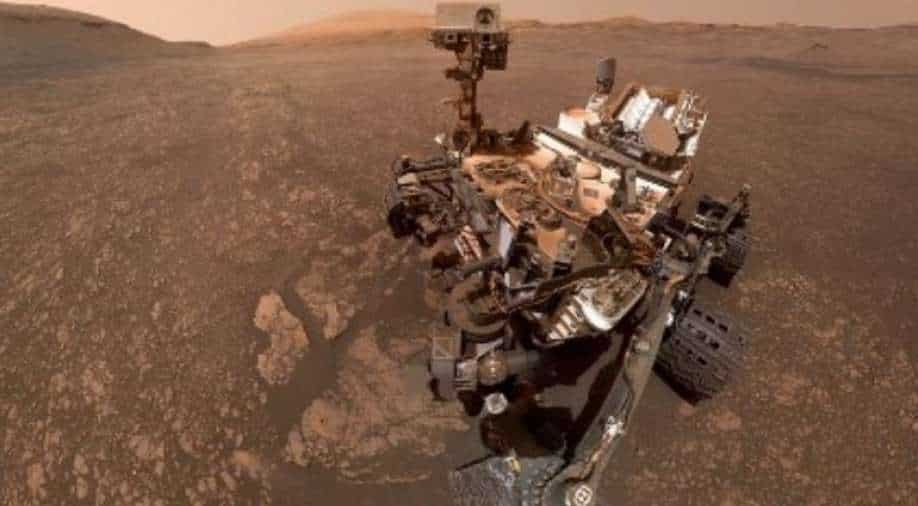 The Curiosity rover, during its exploration of the Gale Crater on Mars, used its onboard drill in 2016 to obtain these samples from the Martian surface

A recent study in the journal 'Nature Astronomy' claims that based upon the analysis of the clays found in one of the craters, it is possible that parts of Mars have been habitable for thousands or even a million years.

The Curiosity rover, during its exploration of the Gale Crater on Mars, used its onboard drill in 2016 to obtain these samples from the Martian surface.

Researchers used the rover's onboard instruments to analyze the sample's X-rays and found a material consistent with so-called glauconitic clays, which indicate that for a period of time, the crater might have been habitable.

The site was thought to have contained an ancient lake some 10 billion years ago. Researchers believe that this lake which existed for up to 10 million years existed when Mars' atmosphere was thicker so liquid water could exist on the surface.

However, researchers were uncertain whether this lake would have had the right conditions neutral acidity and moderate temperature, conditions required for life to flourish.

Nevertheless, the presence of glauconitic clays remains is encouraging. They suggest that stable conditions could have existed on Mars for around a million years, with temperatures in the range of -3 to 15°C and water with a neutral pH.

The study's lead author, Elisabeth Losa-Adams says that the presence of this clay mineral can be used as "a proxy" for stable conditions needed for life, as only such favourable conditions can give way to the formation of Glauconitic clay.

The presence of Gauconitic clays present a new potential insight as to how Gale Crater lake evolved, she added.

However, these glauconitic clays aren't evidence of life as such, only of habitability. Another NASA Mars Rover, Perseverance which is currently exploring the Jezero crater, is tasked with finding evidence of life on the Red Planet.