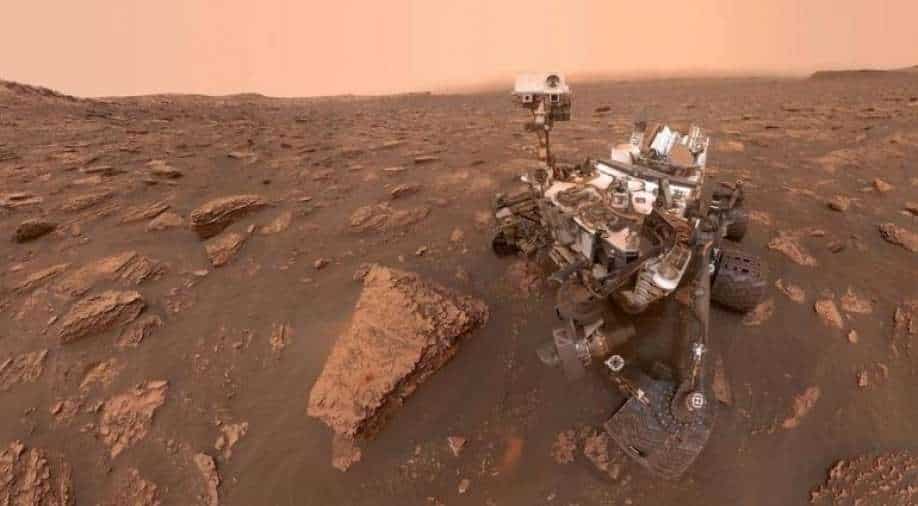 NASA scientists said the Mars rover Curiosity found periodic bursts of methane, a gas that on Earth is strongly tied to life, in the atmosphere around its landing site in the red planet’s Gale Crater

Methane in the Martian atmosphere and organic chemicals in its soil are the latest tantalising findings of NASA’s Mars Curiosity rover as it hunts for clues about the possibility of extraterrestrial life.

NASA scientists said Curiosity found periodic bursts of methane, a gas that is strongly tied to life on Earth, in the atmosphere around its landing site in the red planet’s Gale Crater.

The rover also has found organic chemicals in the Martian soil, the scientists said at a webcast press conference at the American Geophyscial Union conference in San Francisco.

NASA’s Jet Propulsion Laboratory in California issued a press release saying the rover measured “a tenfold spike” in methane in the atmosphere around it, and detected other organic molecules in a sample collected by a robotic drill.

“There are many possible sources, biological or non-biological, such as interaction of water and rock,” Sushil Atreya of the University of Michigan, Ann Arbor, a member of the Curiosity rover science team, said in the press release.

The latest findings combine more than two years of data collected by the rover since its sky-crane landing inside Gale Crater in August 2012.

Last week, scientists said they had determined that billions of years ago, a lake filled the 96-mile- (154-km) wide crater being explored by Curiosity. This finding was another hint that Mars, the planet most like Earth in the solar system, was once suitable for microbial life.

Shortly after landing, Curiosity found that Mars once had the chemical ingredients and the environmental conditions needed to support microbial life, fulfilling the primary goal of its mission.

The rover, which has traveled around 5 miles (8 km) since landing on Mars, has been exploring an area known as Mount Sharp where rocks have been found containing water-deposited sediments, to learn if the life-friendly environments actually existed long enough for life to evolve.

“We will keep working on the puzzles these findings present,” said John Grotzinger, Curiosity project scientist at the California Institute of Technology in Pasadena.

Curiosity participating scientist Roger Summons of the Massachusetts Institute of Technology said: “The challenge now is to find other rocks on Mount Sharp that might have different and more extensive inventories of organic compounds.”