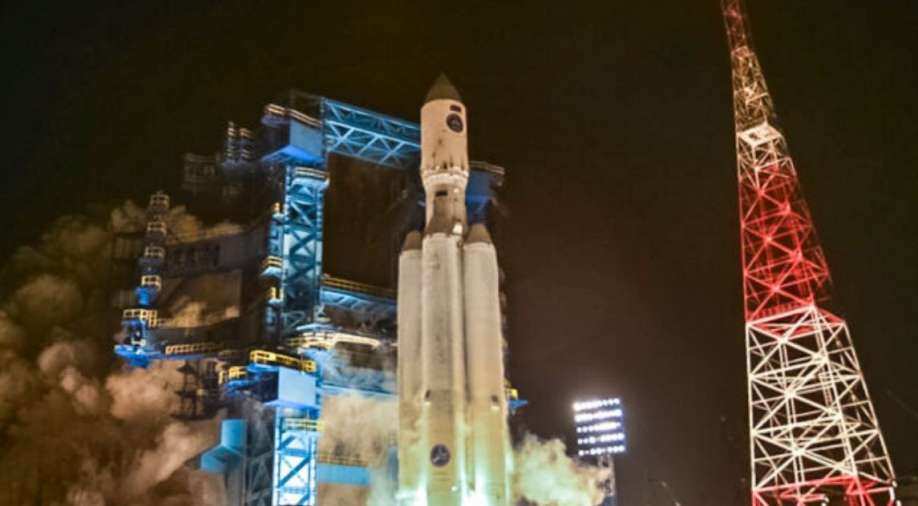 Space agency Roscosmos had announced on Dec 27 that Angara-A5 rocket had been launched with a mock payload from Plesetsk in northern Russia. Photograph:( Twitter )

An out-of-control Russian Angara A5 heavy-lift rocket stage made an uncontrolled re-entry back to Earth on Wednesday and media reports have stated that it landed in the Pacific Ocean.

On December 27, scientists had conducted a third launch of its new heavy-class Angara rocket from the Plesetsk Cosmodrome in northwestern Russia.

The next-generation Angara-A5 rocket had been launched with a mock payload and the state-run TASS news agency had mentioned that the aim was to test a new upper-stage rocket, called the Persei booster, for the first time.

Space agency Roscosmos had congratulated the military-space forces and the entire Russian space industry and called the launch "successful". However, the launcher was prevented from reaching higher than low-Earth orbit after the booster suffered engine failure, as per reports.

Meanwhile, the 18th Space Control Squadron, which is a United States Space Force space control unit, confirmed on Wednesday that the re-entry occurred at 4:08pm EST over the South Pacific. No other information is out yet.

Most of the debris from space burn up while re-entering Earth's atmosphere and pose lesser harm, however, there are instances when they reach the Earth's surface and it can be dangerous depending on where they land.

Astronomer and satellite tracker Jonathan McDowell, who's based at the Harvard-Smithsonian Center for Astrophysics, said, "Persei reentry confirmed: 2108 UTC over 121W 14S in the South [Pacific]."

He had previously tweeted, "To be clear, I do NOT regard this object as a significant risk. Reentries for a object with dry mass of about 4 tonnes may see some debris reach the ground, but not much."

The head of the European Space Agency's Space Debris Office, Holger Krag also weighed in on the incident as he gave specifics about the debris.

As quoted by CNN, he said the Russian rocket part had been travelling at 7.5 kilometres per second.

Last year in May, NASA has slammed China after debris from its out-of-control rocket was reportedly crashed into the Indian Ocean.

ALSO READ | This asteroid can make you richer than a billionaire

Angara rockets - named after a Siberian river flowing out of Lake Baikal - are the first new family of launchers to be built after the collapse of the Soviet Union.

They are designed to replace the Proton rockets that date back to the 1960s and have suffered a series of failures in recent years.

Officials say the heavy-class Angara rocket is more environmentally friendly than its predecessors because it is fuelled by oxygen and kerosene rather than hugely toxic heptyl.