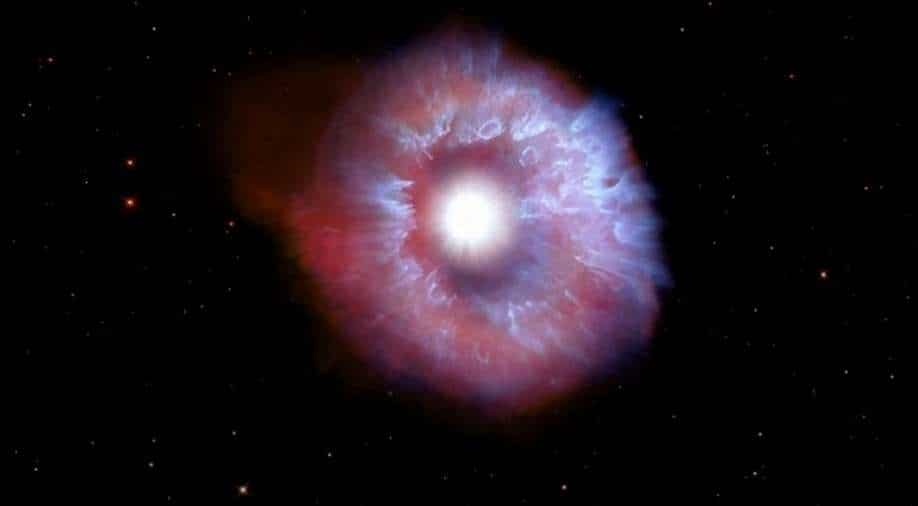 Hubble has released images of a stellar explosion of the AG Carinae, a luminous blue variable star

NASA's Hubble Telescope has captured the 'eye' of a massive dying star that is 15,000 light-years away.

Hubble has released images of a stellar explosion of the AG Carinae, a luminous blue variable star. It is among the biggest and brightest stars in the galaxy.

About 55 to 70 times the mass of the Sun, AG Carinae is unstable and a few million years old.

Luminous blue variables (LBVs) have the highest mass-loss rates. They are highly irregular and fluctuate quite significantly.

Also read | At ISS, Sun rises and sets every 45 minutes, NASA tells why

This fluctuation pushes radiation pressure outward. Its death throes are wilder than most stars.

As it begins to run out of fuel to fuse into hydrogen, its eruptive variability begins to exhibit its characteristics.

Also read | This asteroid may have formed its own moons

With the material of its stellar core heating, the star begins to contract.

Waging a tug-of-war between radiation to avoid self-destruction and gravity, it is surrounded by a halo of gas and dust.

Like a boiling teapot boiling off its lid, the star's outer layer was blown into space

Different types of materials are represented by different colors. Ionised gas ejected from the star is represented by red while blue shows the dust around the star.