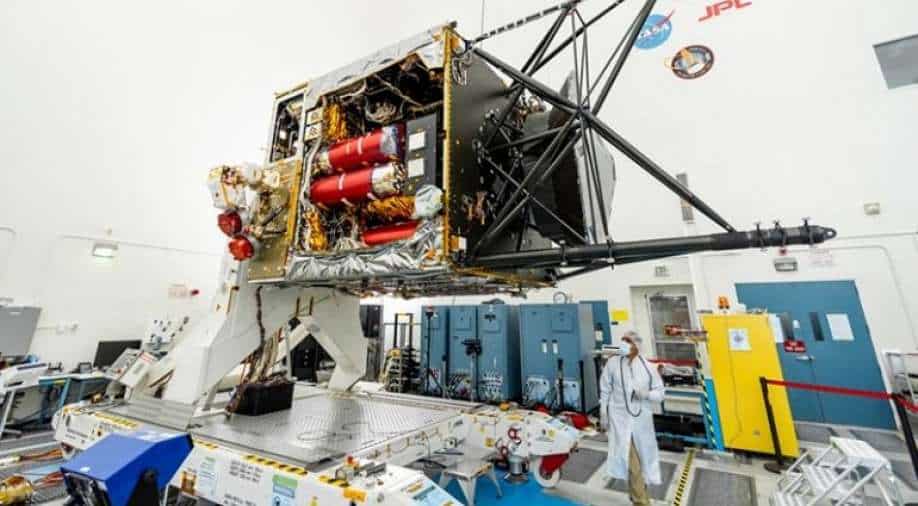 NASA is going to launch a mission to what could almost be considered a journey to the centre of the Earth.

The US space agency's Psyche mission is a journey to a unique metal-rich asteroid orbiting the Sun between Mars and Jupiter.

The spacecraft is scheduled to launch from Kennedy Space Center atop a SpaceX Falcon Heavy rocket.

Deep within rocky, terrestrial planets, including Earth, scientists infer the presence of metallic cores, but these lie unreachably far below the planets' rocky mantles and crusts.

As we cannot see or measure Earth's core directly, Psyche offers a unique window into the violent history of collisions and accretion that created terrestrial planets.

The Psyche spacecraft will give us more than a glimpse of our deep past; we could see the beginnings of our technological future.

Instead of traditional rocket fuel, Psyche will gradually build up speed using ion propulsion. Electricity from the space probe’s solar panels will power a new type of thruster, called a Hall thruster, for the first time in deep space.

Psyche will take a swing past Mars for a gravitational push during its 3.5-year cruise to the asteroid, then spend 21 months measuring and mapping, gradually tightening its orbit until it passes just above the surface.

The real value in asteroid mining is for further space travel, and so hydrogen and oxygen reserves are as attractive as any metal.

The energy released when hydrogen and oxygen combine to make water can power rockets. The presence of both elements in compounds found on asteroids offers scope to set up space factories to make fuel for missions to Mars and beyond as well as offering “pit stops” to extend the lives of satellites.