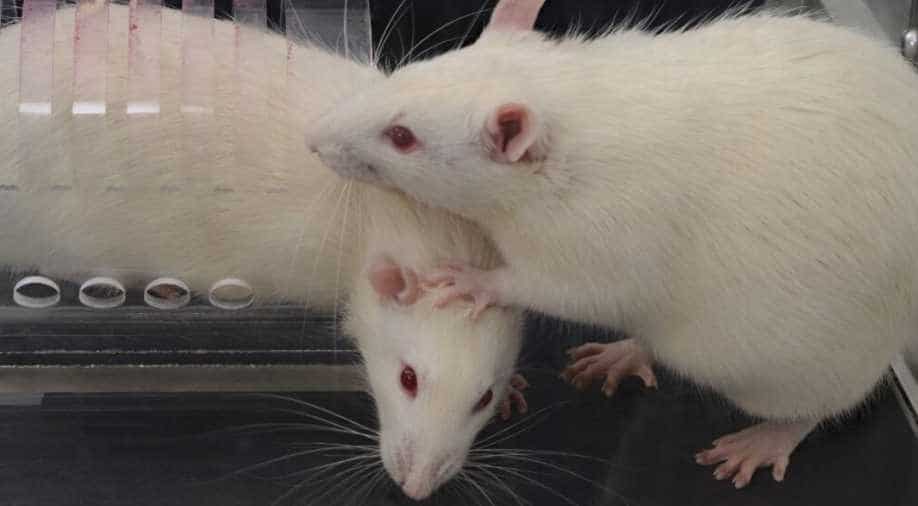 The study reveals that the sperm was stored in the International Space Station in freeze-dried form. When it was brought back to Earth and rehydrated, it gave birth to 168 young, free of genetic defects.

A recent study published in Science Advances reveals that the Japanese researchers found that the mouse sperm which was exposed to high levels of cosmic radiation for nearly six years has produced a large brood of healthy, unremarkable "space pups."

No signs of Mousezillas or rodent Hulks have been observed so far.

The study reveals that the sperm was stored in the International Space Station in freeze-dried form. When it was brought back to Earth and rehydrated, it gave birth to 168 young, free of genetic defects.

While speaking with AFP, Developmental biologist and lead author Teruhiko Wakayama told that there was very little difference between mice fertilized by space sperm and sperm that had remained confined to our planet.

"All pups had normal appearance," he said, and when researchers examined their genes "no abnormalities were found."

Also Read | Croatian town Legrad selling houses for less than $1, here is all you need to know

It all started in 2013 when Wakayama and colleagues at the University of Yamanashi in Japan launched three boxes. Each of these boxes contained 48 ampoules of freeze-dried sperm. The aim was to determine whether long-term exposure to radiation in space would damage DNA in reproductive cells or pass mutations along to offspring.

The batches were sent back to Earth for fertilization after the first nine months, then after two years, and finally after six years. This is what led to a hundred births.

The ampoules were small and very light. On reaching adulthood, the space mice were randomly mated and the next generation appeared normal as well.

The researchers used freeze-dried sperm for the experiment because it could be preserved at room temperature.

In the paper, Wakayama and his colleagues wrote, "In the future, when the time comes to migrate to other planets, we will need to maintain the diversity of genetic resources, not only for humans but also for pets and domestic animals". The paper further read, "For cost and safety reasons, it is likely that stored germ cells will be transported by spaceships rather than by living animals".