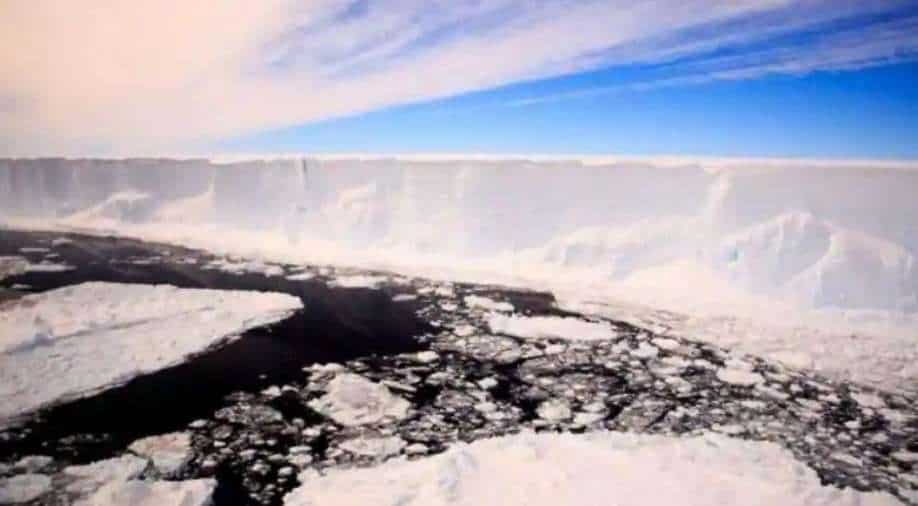 A giant tabular iceberg named A68A, which was adrift in the South Atlantic was calved from Antarctica's Larsen C ice shelf in July 2017 and reportedly by April 2021, it vanished.

Now a new report sheds light upon the melting speed of the giant iceberg as it has been revealed that it was dumping more than 152 billion tonnes of fresh water into the ocean every single day when the melting was at its peak.

The latest developments emerged after the researchers from the University of Leeds said that fresh water was released when the iceberg scraped past the island of South Georgia in 2021.

As per the study, 152 billion tonnes of water is equivalent to 20 times the amount of water in Loch Ness or 61 million Olympic sized swimming pools.

A68A gained attention in December 2020 when it drifted worryingly close to South Georgia. It had raised concerns it could harm the island's ecosystem.

Satellite measurements were used to chart the A68A iceberg's area and thickness change throughout its life cycle. The researchers from the University of Leeds, Centre for Polar Observation and Modelling (CPOM) and British Antarctic Survey (BAS) mapped the changes.

Anne Braakmann-Folgmann, a researcher at CPOM and PhD candidate at the University of Leeds' School of Earth and Environment, is lead author of the study.

She said: "This is a huge amount of melt water, and the next thing we want to learn is whether it had a positive or negative impact on the ecosystem around South Georgia."

"Because A68A took a common route across the Drake Passage, we hope to learn more about icebergs taking a similar trajectory, and how they influence the polar oceans," she added.

A68A covered an area of nearly 6,000 sq km when it was separated from Antarctica in 2017 and for s short period of time, it was the world's biggest iceberg, as aerial videos and images captured the 'mega iceberg' also highlighting the impact of global warming.

The largest iceberg was B-15 which measured 11,000 sq km before breaking up. Scientific reports stated that the calving of A68A reduced the overall size of the Larsen C shelf by 12 per cent.