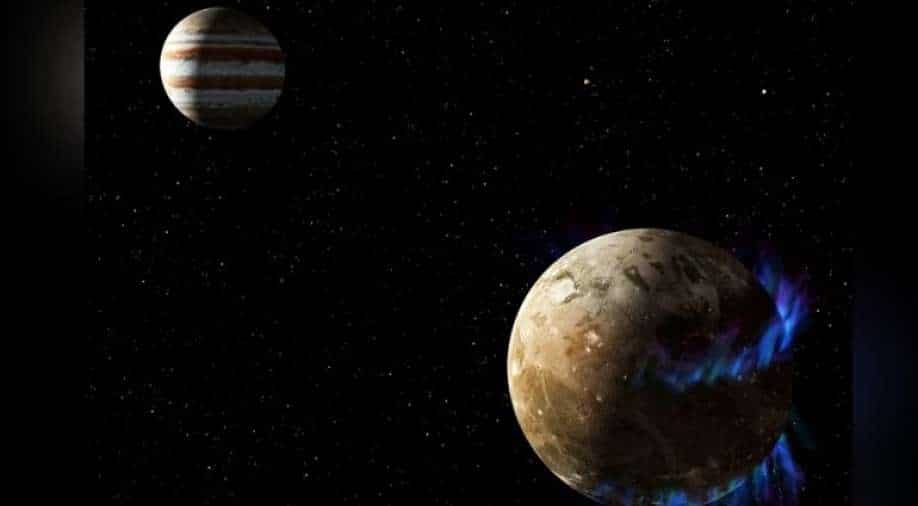 The water vapour is formed around the icy surface of the moon through the process of sublimation in which the vapour turns into gaseous form from solid. To detect this water vapour, astronomers used a combination of fresh observations and archival content from the Hubble Telescope, in a study published on Monday in the journal Nature Astronomy.

Ganymede is the ninth-largest object in our solar system and contains more water than all of of the oceans on Earth. According to previous research, Jupiter's moon is 2.4 times smaller than Earth. Jupiter moon's is a cold body, with temperatures that can drop as low as -184 degree Celsius (300 degrees Fahrenheit). The surface of the moon is made up of frozen water ice shell.

At least 161 kilometres (100 miles) below the moon's crust lies a salty ocean. Earlier, researchers were convinced that the ocean couldn't have evaporated from the ice shell to create vapour.

The moon is named after an ancient Greek divine hero and is also the only moon to possess a magnetic field, which produces auroras on the moon's north and south poles. The first ultraviolet images of Ganymede were captured by the Hubble in 1998 which revealed these auroras. The same telescope was used in 1996 with no clear indications about the peculiar features of the moon.

Ganymede doesn't have a persistent temperature across the day and it changes significantly over the duration of the day - during noon, the moon's equator becomes warm enough for the ice to sublimate or to essentially release water molecules in small amounts.

Also read: Scientists to search for signs of extraterrestrial technology