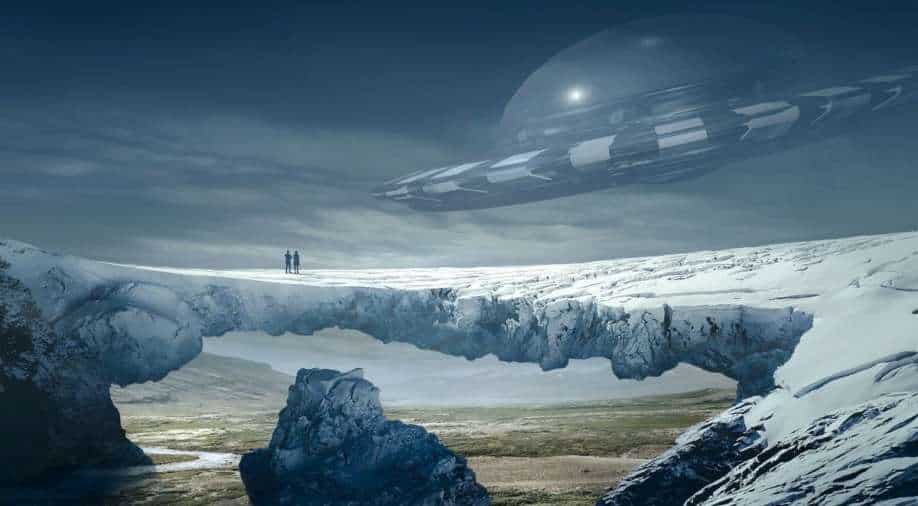 There could be four "malicious" alien civilizations.  Photograph:( Others )

The estimation is based on the "world's history of invasions in the last century, military capabilities of the countries involved, and the global growth rate of energy consumption"

A researcher has claimed that there may be four extraterrestrial civilisations in the Milky Way that could attack or invade the planet Earth. As reported by Vice News, Alberto Caballero, who is a PhD student at the University of Vigo in Spain, estimated the prevalence of "malicious extraterrestrial" civilisations.

In the paper which is titled "Estimating the Prevalence of Malicious Extraterrestrial Civilizations," Caballero has attempted to provide an estimation of the prevalence of hostile extraterrestrial civilisations. Although, he admitted that there are "some limitations".

Caballero noted that the estimation is based on the "world's history of invasions in the last century, military capabilities of the countries involved, and the global growth rate of energy consumption".

In the non-peer-reviewed research published in Arxiv journal, Caballero stated that the upper limits of standard deviations are used to obtain the "estimated probability of extraterrestrial invasion" by a civilisation whose planet we send a message to.

He further stated that results show that such probability is "two orders of magnitude lower than the impact probability of a planet-killer asteroid".

Scientists are planning to send a message (METI, or "Messaging Extraterrestrial Intelligence") to the so-called alien civilisation. Although there is no definitive proof but the US government is serious about the increasing signs of extraterrestrial life.

However, as a warning to the scientists, Caballero in his paper stated that the findings could serve as a starting point for an international debate about sending the first serious interstellar radio messages to nearby potentially habitable planets.

"I did the paper-based only on life as we know it. We don't know the mind of extraterrestrials. An extraterrestrial civilization may have a brain with a different chemical composition and they might not have empathy or they might have more psychopathological behaviours," Caballero told Vice.

"I found this way to do [the study], which has limitations because we don't know the mind of what aliens would be like," he added.

In his paper, he wrote that such an event takes place once every 100 million years. Caballero researched human "invasions" of other countries over the last 50 years as he mentioned that he did the paper-based "only on life as we know it".

The report noted that he applied the data he gathered to the number of known "exoplanets" in our galaxy. Claudio Maccone, an Italian scientist, estimated that there are around 15,785 exoplanets. After analysing the data, Caballero estimated that there could be four "malicious" alien civilisations.

Caballero also authored a study in the International Journal of Astrobiology earlier this month. He claimed that he pinpointed the "WoW! Signal" that was first detected by a radio telescope in 1977.

It was a strange minute-long burst of radio energy. According to Caballero, the signal might have originated from a Sun-like star 1,800 lightyears from the Earth.

As per Vice, the signal was first received by the Big Ear telescope at Ohio State University.