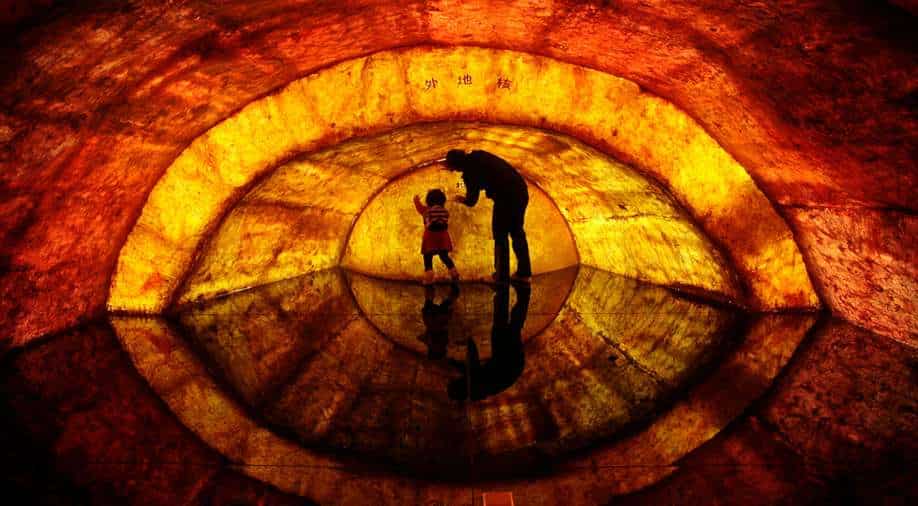 Model of the Earth’s inner core at Geological Museum of Nanjing in China Photograph:( Reuters )

Rusting happens when iron is exposed to moist air or oxygenated water, leading to a chemical reaction that leaves a reddish residue and making strong iron weak

A new study has said that the Earth’s core, which is composed of molten nickel and iron, is rusting. The study was published in the journal Advancing Earth and Space Science.

Rusting happens when iron is exposed to moist air or oxygenated water, leading to a chemical reaction that leaves a reddish residue and  making strong iron weak.

Since the core is situated 1,800 miles (2,900km) below the Earth’s surface, it was assumed that the high-pressure environment and paucity of water-bearing minerals have protected the molten outer core from rust.

But recent experiments suggested that rust can form at high pressures and could plausibly be formed at locations where water-rich slabs of Earth’s crust have sunk to the core-mantle boundary.

In the experiment, the scientists created high-pressure conditions that would exist in Earth's core. Then they introduced moisture to iron in the form of a hydroxyl-bearing mineral.

At the pressure of nearly a million atmospheres, scientists found that the chemical reaction produced iron peroxide, bearing the same structure as pyrite. This indicates that rust formation could happen in the Earth's core as well.

"This rust could shed light on the deep-water cycle in the lower mantle and the enigmatic origins of ultralow-velocity zones (ULVZs)—small, thin regions atop Earth’s fluid core that slow seismic waves significantly. It could also help answer questions about the Great Oxidation Event (GOE), which marked the beginning of Earth’s oxygen-rich atmosphere some 2.5 billion to 2.3 billion years ago," a report in the Advancing Earth and Space Science journal said.

But scientists are yet to identify the cause of the oxygenation event that may have triggered rusting.

Also read | Mars once had rivers, streams and lakes but why did the Red Planet dry out?

They will now have to prove their hypothesis after analysing fresh plumes of lava erupting from the volcanoes.

"If the pieces of the puzzle all fall into place, then rusting of the core may, indeed, be a massive internal oxygen generator on Earth— and the next great atmospheric oxygenation event could be on its way," the report said.