Do gigantic stars from the past hold secrets to black holes? Scientists say so! 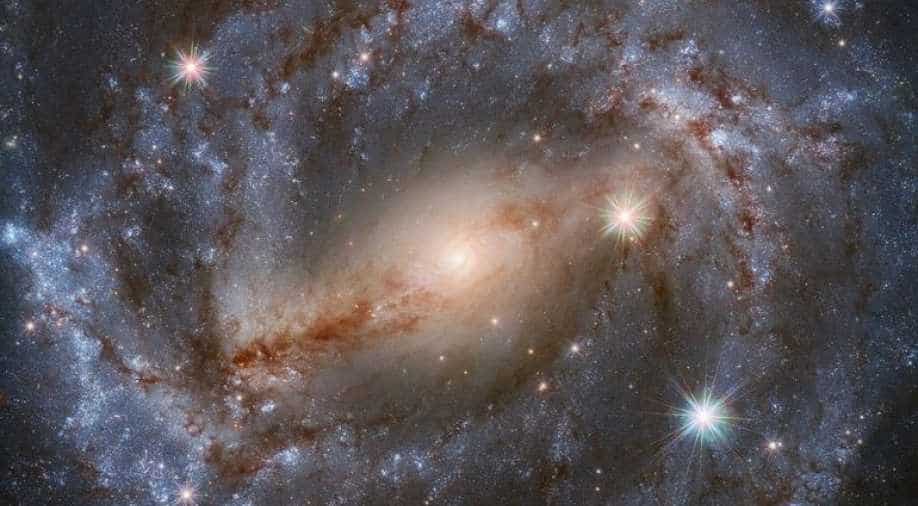 Hubble observed a supernova, explosion of a star, on the outer edge of spiral galaxy NGC 2525 (Image: NASA/Hubble) Photograph:( Others )

Scientists posit that stars could have been millions to billions times bigger than our sun!

Stars resemble twinkling dots in our night skies, but scientists now believe that the celestial bodies were way bigger earlier!

Scientists at the National Astronomical Observatory of Japan and the Academia Sinica Institute of Astronomy and Astrophysics (ASIAA) in Taiwan recently found that supermassive black holes situated at the centre of galaxies were actually really gigantic stars - too big for our comprehension.

The researchers ascertained that black holes were left behind in the aftermath of large supernovas from these supermassive stars.

Also read: Here's why scientists want to send millions of sperm samples to the moon

Supernovas are essentially large-scale explosions that take place once the star runs out of energy and collapses into itself. Supernovas are considered the largest explosions in space. Reported first by Phys[dot]org, the team published their findings in the journal titled “Monthly Notices of the Royal Astronomical Society”.

But how big were these stars?
Scientists posit that these historic stars could have been millions to billions times bigger than our sun! Black holes are difficult to research. Even then, there’s not much scientists know about the gigantic holes.

To gather evidence for this study, the researchers conducted a “radiation hydrodynamics simulation”. Based on their estimates, the team predicted that the James Webb Space Telescope will be successfully able to observe a supernova event once it launches this year.

If all goes well, then scientists may be able to understand not only the origins of these mega stars, but also of black holes as we know them today!

One of the researchers, Ke-Jung Chen’s earlier research posited that big stars are potentially “black hole seeds”, and are precursory to these fiery holes.