Dino predator Tyrannosaurus rex may have three species, not one, says study 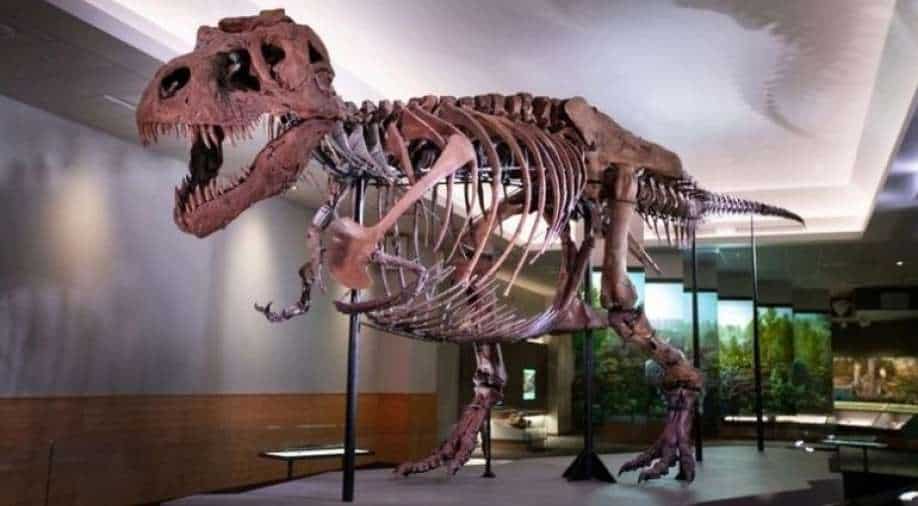 Tyrannosaurus rex seems to have not one but three species. Photograph:( Reuters )

The study was published in the journal Evolutionary Biology. A total of 37 specimens attributed to T rex were studied by Paul and his colleagues

Tyrannosaurus rex (T rex) is one of the most fearsome predators of its times. Its huge size, scary teeth and sharp claws make it unique.

But if researchers, who are studying its fossils, are to be believed, the beast seems to have not one but three species. The variation in the species gives evidence of the claim.

Gregory Paul, who is the lead author of the research and the dinosaur specialist on the film ‘Jurassic Park’, said the findings had multiple implications.

Paul noted that earlier experts had studied the growth of the T rex with the help of remains from different rock layers.

“That may not be a good idea to do because you may be [looking at] different species,” Paul said.

The study was published in the journal 'Evolutionary Biology'.

A total of 37 specimens attributed to T rex were studied by Paul and his colleagues.

It was done to look at the length and circumference of the thigh bones, which were available for about two-thirds of the specimens, to be able to assess their robustness.

The findings suggest the differences in the robustness of the thigh bones are unlikely to be down to individual variation, the team said.

“We found that the robustness in the sample we have of tyrannosaurus, the variation of the femur is greater than all other tyrannosaurids combined over 10m years of evolution. You can’t just not pay attention to that,” said Paul.