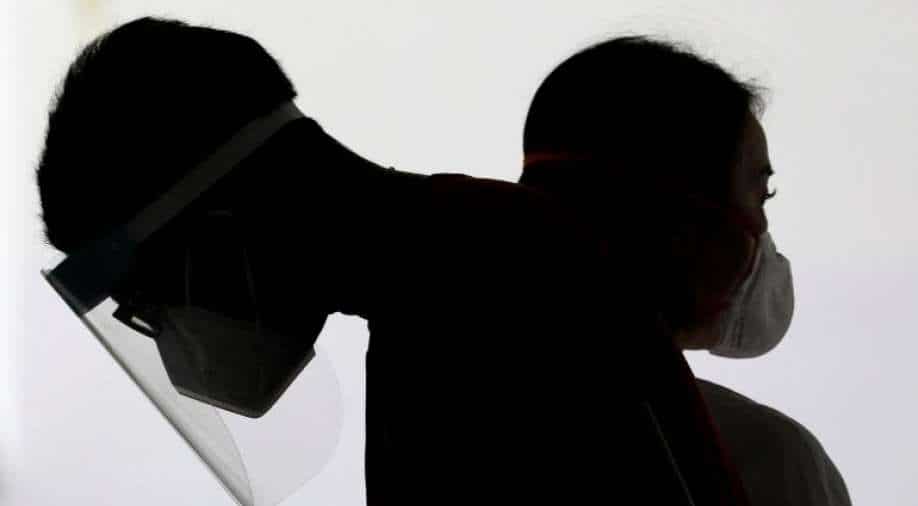 More than 5.7 million people worldwide have died of the virus, including more than 900,000 in the United States alone. On average, the United States is reporting 2,598 new deaths, the equivalent of a disaster worse than Pearl Harbor, every day. Globally, 10,900 people a day are dying from COVID-19. Photograph:( Reuters )

Just when the world thought that an end might be near for the deadly coronavirus, another dangerous variant, Delta Plus, has been spotted by the experts.

The deadly coronavirus broke out in the last months of 2019 and took over the world in the early months of 2020, sending almost every country around the globe in a complete lockdown. As the countries stopped functioning, economies took a huge hit and people struggled to maintain physical and mental wellbeing.

However, as 2021 began, people started to gain some hope, especially due to the commencement of vaccine drives all around the globe. Unfortunately, that ray of hope disappeared soon as new variants of COVID-19 started popping out in different cities of the world.

Adding to the long list of new variants, a new mutant version of the Delta strain, Delta Plus, has now been labelled as a "variant of concern" by Indian authorities.

What is Delta Plus?

Delta Plus (B.1.617.2.1/(AY.1) is a new mutant strain of the Delta variant of SARS-CoV-2, and has emerged as a new threat, especially in India. While the Delta variant, which was first detected by scientists in India, became a problem for the whole world, Delta Plus is currently limited to smaller areas in the country and is still under investigation.

Experts believe Delta Plus has increased transmissibility but it is still not very clear as to how virulent this new strain is in comparison to other variants.

Also read | Delta is the fastest COVID-19 variant and will pick off the most vulnerable: WHO

However, medical experts are cautioning authorities and people against this new variant and are urging people to stay cautious and treat Delta Plus as a highly infectious variant that may show resistance against monoclonal antibodies cocktail treatments.

As of now, new specific symptoms have been reported. It is also not yet clear if the existing vaccines are effective against Delta Plus.

A mutation is classified as a ‘variant of interest’ and ‘variant of concern’ depending on its easy transmission, reduced neutralisation by antibodies and vaccines effectiveness against the variant.

Till now, the World Health Organization (WHO) has not classified it as a "variant of concern" and scientists believe there is not enough evidence to support the claims of this variant being a 'concern'.

However, the Indian government is treating this mutant as a variant of concern as a preventive step against another possible outburst of cases in the country.

Delta Plus in India

This new variant was first reported by Public Health England in their June 11 bulletin, but experts believe it was present in six genomes from India from June 07. However, it was clarified by the Indian government that experts conducted an analysis of samples, after the Public Health England reported the new mutant, and found traces of Delta Plus in samples collected on April 05.

As of now, the experts believe Delta Plus has been present in some Indian states, such as Maharashtra, Kerala and Madhya Pradesh, for nearly two months and as the variant spreads, it might become the reason for the third wave of coronavirus in India.

"In India, Delta Plus variant has been detected in 22 samples. Sixteen of them have found in Jalgaon and Ratnagiri districts in Maharashtra; the remaining have been detected in Kerala (Palakkad and Pathanamthitta) and Madhya Pradesh (Bhopal and Shivpuri)… But we don’t want this to assume significant proportions," Union Health Secretary Rajesh Bhushan said.

The Indian government has also alerted the state governments and have advised them to tackle the new variant with caution and utmost priority, to avoid a possible third wave in the country.

In addition to India, Delta Plus has been found in 10 other countries, namely, Britain, Canada, Japan, Poland, Portugal, Switzerland, Russia, Nepal, Turkey and the US, as of June 16 according to Public Health England.