China is building an artificial sun called 'EAST', and it's very hot! 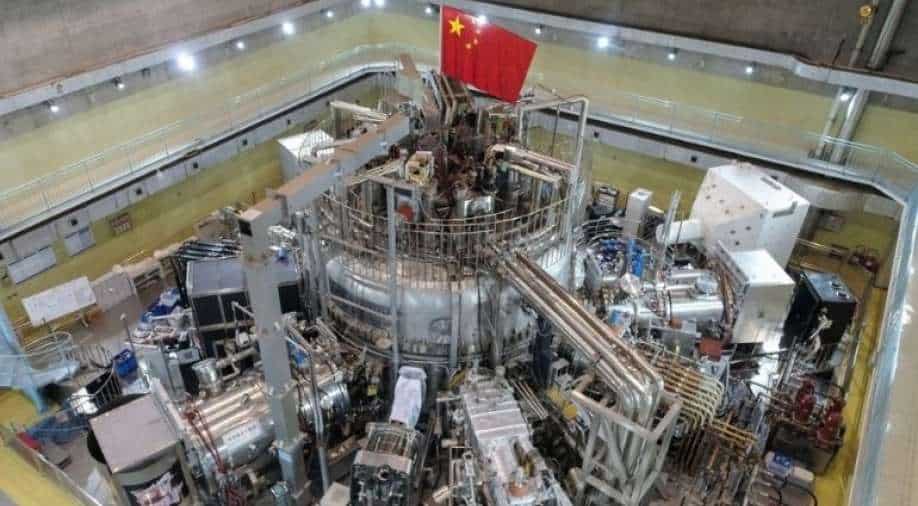 This handout picture taken on May 16, 2018 and released on April 22, 2019 by Chinese Academy of Sciences Institute of Plasma Physics, shows the Experimental Advanced Superconducting Tokamak (EAST) device, also known as the "artificial sun", at a laborator Photograph:( AFP )

Now, China is planning to fasten the development of what it’s calling the “artificial sun”

Why such a high temperature? It is simple - generation of energy. When the nucleuses of two or more atoms fuse, they produce energy, which can be put to different uses.

The device is called “HL-2M Tokamak”. It’s based on the “tokamak” reactor posited by Soviet Union officials in 1950s. It’s a shorter way of saying “toroidal magnetic confinement”.

The torus (a donut like structure) traps extremely hot plasma, and then generates chemical reactions. In the last 40-50 years, experimental tokamaks have existed across the world.

Inside a tokamak, the plasma is held in place my magnetic fields. Controlling and regulating the field is extremely difficult.However, in case of an anomaly, such magnetic field turn into flaws.

Due to many such doubts about its feasibility, many had discarded the concept altogether, favouring what is called a “stellarator” - a tokamak descendent of sorts.

In 2015, the stellarator made the headlines, for it showed more stability, and less chances of unpredictability.

It’s important to note that both the stellarator and tokamak concepts were developed during the same time period, advancing at the same pace.

The HL-2M Tokamak is officially called EAST or the Experimental Advanced Superconducting Tokamak. It was first switched on in 2006, but requires way more work for it to function as intended.

In 2018, it was able to reach 180 million degrees F - which is half of what the team intends to achieve. They also believe the milestone will be achieved by the end of this year.