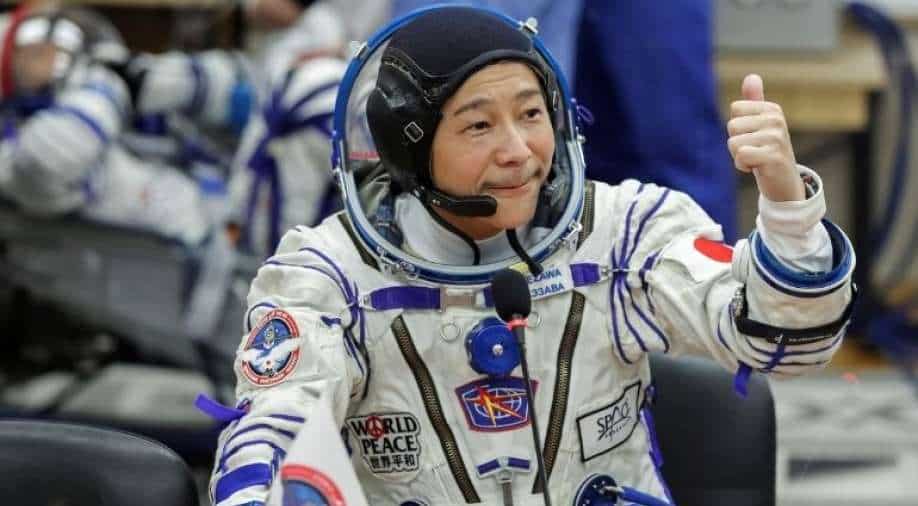 Japanese entrepreneur Yusaku Maezawa reacts as he speaks with his family after donning space suits shortly before the launch to the International Space Station (ISS) at the Baikonur Cosmodrome, Kazakhstan Photograph:( Reuters )

The 46-year-old fashion magnate and art collector blasted off in a Soyuz spacecraft from the Russia-leased Baikonur cosmodrome in Kazakhstan.

He took to Twitter and tweeted "Dream come true."

He will spend 12 days in space along with his assistant Yozo Hirano. During this time period, he will complete 100 tasks including hosting a badminton tournament in orbit.

Before Maezawa's spacecraft blasted, he said “I would like to look at the Earth from space. I would like to experience the opportunity to feel weightlessness.”

“And I also have a personal expectation: I’m curious how the space will change me, how I will change after this space flight.”

His voyage is being seen as a dry-run for his planned trip around the moon with Elon Musk's SpaceX in 2023.

This will make him the first private passenger on the SpaceX moon trip.

US-based company Space Adventures has said the cost of tickets to space for tourists ranges from $50-60 million.

Moscow had stopped sending tourists to space after NASA retired the Space Shuttle in 2011, which left Russia with a monopoly on supplying the ISS.