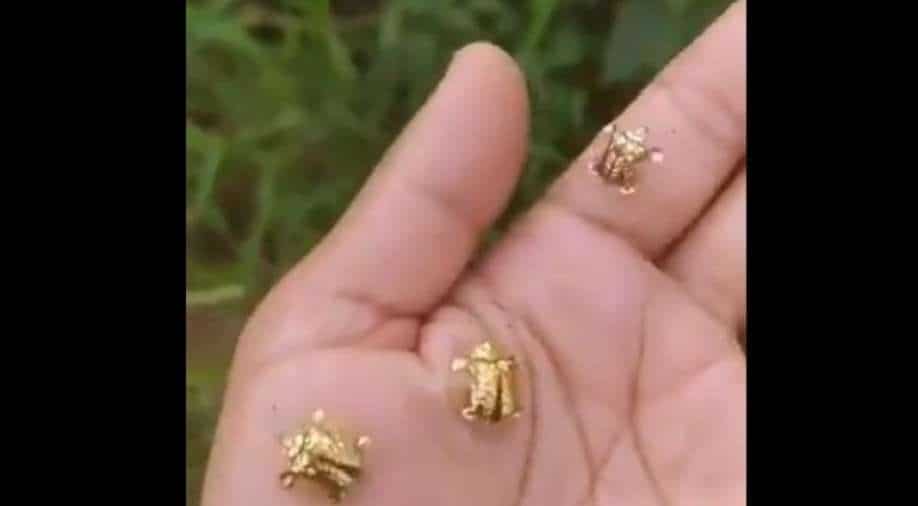 It was discovered when the scientists were scanning the inside of the poo, using special technology, to find more about what the animal ate when they discovered the special beetle.

A team of scientists have discovered a tiny beetle in fossilised droppings of the Silesaurus opolensis - a lizard-like creature related to the dinosaurs.

It was discovered when the scientists were scanning the inside of the poo, using special technology, to find more about what the animal ate when they discovered the special beetle.

It was small, had a beak, weighed around 15kg and lived in what is now the country of Poland around 230 million years ago.

Martin Qvarnstrom, from Uppsala University in Sweden, also one of the scientists behind the discovery, was quoted by BBC saying that, "We were absolutely amazed by the abundance and fantastic preservation of the beetles in the coprolite fragment". He added, "There are heaps of things you can study based on fossilised droppings".

As per researchers, the beetle was too small to have been the only prey for ancient lizards. Therefore, it has been concluded that it may have been swallowed alongside larger beetles. However, the remains of those insects did not end up in droppings in a recognisable shape.

Usually, creatures like it would be preserved in amber instead but this beetle is really well preserved inside the droppings with its legs and antennae fully intact.

Meanwhile, earlier in June, a huge dinosaur discovered in “the Land Down Under” was identified as a new species by palaeontologists. The dinosaur, newly named as “Australotitan cooperensis” roamed the Earth about 100 million years ago and constituted the “titanosaur” family.

The first description of the species comes 15 years after its bones were uncovered in the country. Palaeontologists estimate that the species was 5-6.5 metres (16-21 feet) high and possessed a length of 25-30 metres (82-98 feet), making it the largest dinosaurs species found on the continent.

"Based on the preserved limb size comparisons, this new titanosaur is estimated to be in the top five largest in the world," Robyn Mackenzie, a director of the Eromanga Natural History Museum was quoted as saying by AFP