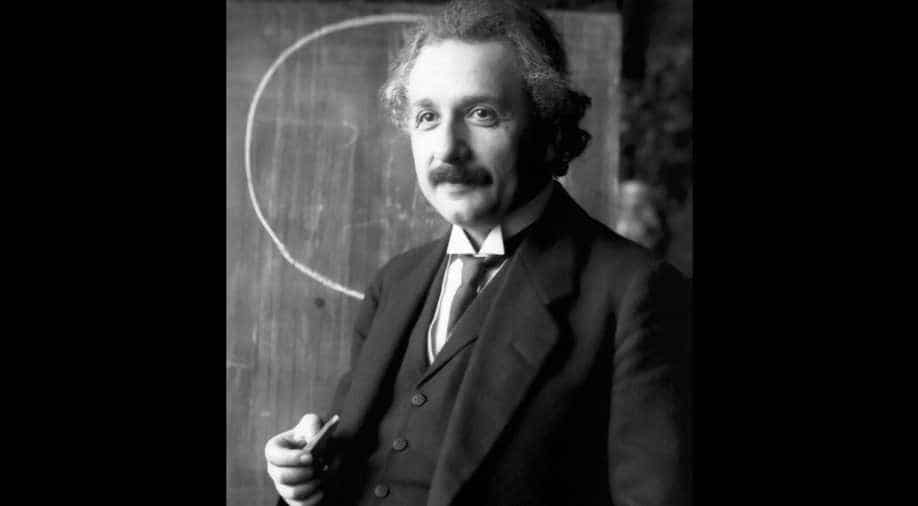 Five buyers had started a war of bidding for this letter on May 13 and carried on till the price reached a milestone of $700,000

A hand-written letter by the scholar and genius Albert Einstein, in which he had jotted down his famous E=mc2 equation, has been auctioned for more than $1.3 million.

E=mc2 is one of the most famous and path-breaking equations given by Einstein. However, the scientist had hand-written this equation only four times throughout his life, as per Einstein Papers Project at the California Institute of Technology and the Hebrew University of Jerusalem. The auctioned letter was one out of the four letters.

This letter was the only one present in a private collection and was very recently made public. The auctioneers had estimated the letter to sell at a price of nearly $400,000. However, the final price ended up being nearly three times more than it was expected, RR Auction explained.

Five buyers had started a war of bidding for this letter on May 13 and carried on till the price reached a milestone of $700,000. Once the price crossed the mark, there were only two bidders left in the race, which concluded this week.

Albert Einstein had penned the letter to Polish American physicist Ludwik Silberstein — a challenger of Einstein’s stories — in German and it is dated October 26, 1946.

The letter, which is written on a letterhead of Princeton University, reads Einstein’s advice to Silberstein, "Your question can be answered from the E = mc2 formula, without any erudition".

This letter was found in the collection of Silberstein’s personal archives which were sold by his descendants after his death.