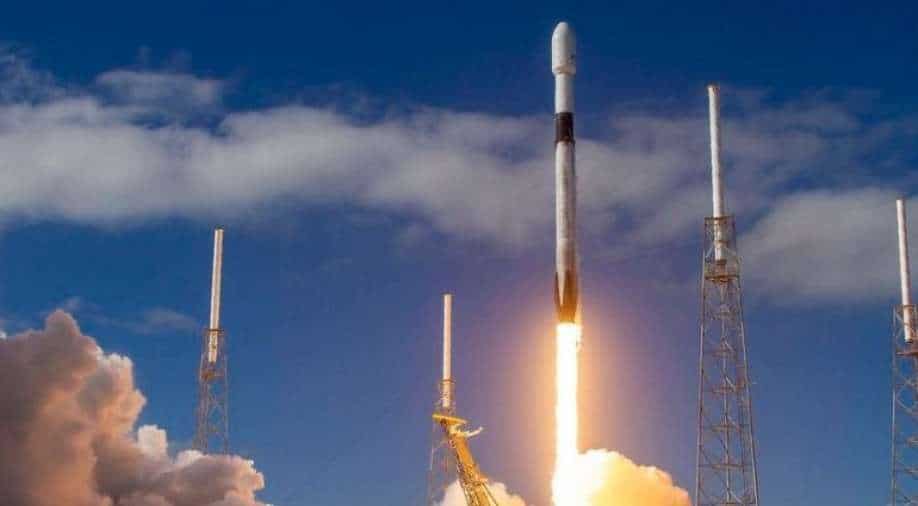 This image provided by SpaceX shows a Falcon 9 rocket as it lifts off to launch 60 new Starlink satellites into orbit from Cape Canaveral Air Force Station, Florida  Photograph:( AFP )

Models compiled by the Indian Institute of Science Education and Research's Center of Excellence in Space Sciences point to a very high probability of a material whizzing past our planet at a speed of 21,60,000 kilometres per hour or 451-615 kilometres per second impacting the Earth

Billionaire Elon Musk's company SpaceX has said that 80 per cent of Starlink satellites it had launched will be lost due to a geomagnetic storm.

“Unfortunately, the satellites deployed on Thursday were significantly impacted by a geomagnetic storm on Friday,” SpaceX said in a statement.

“These storms cause the atmosphere to warm and atmospheric density at our low deployment altitudes to increase.”

"Preliminary analysis show the increased drag at the low altitudes prevented the satellites from leaving safe mode to begin orbit-raising maneuvers, and up to 40 of the satellites will reenter or already have reentered the Earth’s atmosphere," it added.

As solar activity rises, the Sun has blasted off a filament eruption that will hit the Earth on Wednesday and Thursday, causing another geomagnetic storm.

Models compiled by the Indian Institute of Science Education and Research's Center of Excellence in Space Sciences point to a very high probability of a material whizzing past our planet at a speed of 21,60,000 kilometres per hour or 451-615 kilometres per second impacting the Earth.

There is, however, no expectation that the impact will be hazardous. "The impact is unlikely to be very hazardous. Moderate geomagnetic storms are likely," CESS said in a tweet.

"The deorbiting satellites pose zero collision risk with other satellites and by design demise upon atmospheric reentry — meaning no orbital debris is created and no satellite parts hit the ground," SpaceX wrote of the satellites' reentry.

"This unique situation demonstrates the great lengths the Starlink team has gone to ensure the system is on the leading edge of on-orbit debris mitigation."

CMEs are large ejections of plasma and magnetic fields that originate from the Sun's corona. They are capable of ejecting billions of tons of coronal material as they travel outward from the Sun at speeds ranging from slower than 250 kilometres per second (km/s) up to nearly 3000 km/s.

When a CME collides with the Earth, it causes a geomagnetic storm.

Space Weather Prediction Center, part of the National Oceanic and Atmospheric Administration, reports that CMEs to Earth can reach Earth in mere 15-18 hours if they are fast enough.