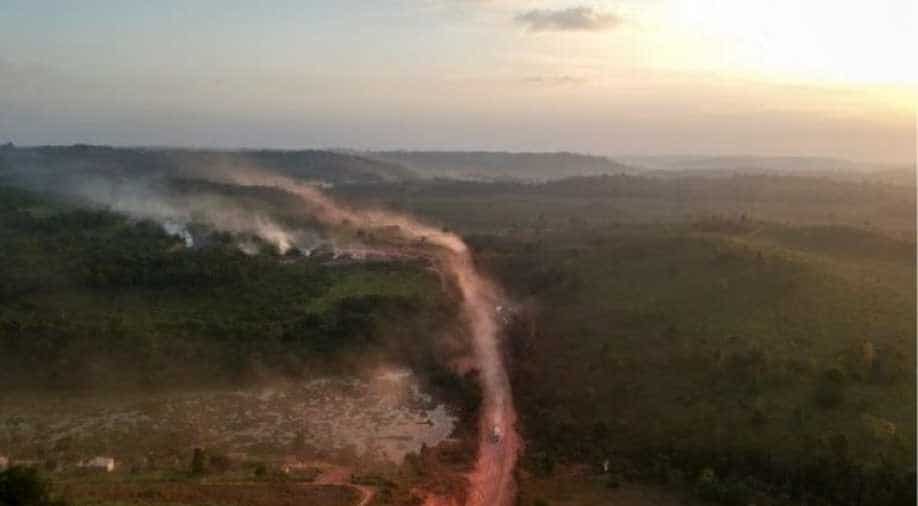 The study tracked 300,000 trees over 30 years, providing the first large-scale evidence of the decline in carbon uptake by the world’s tropical forests.

A new study has revealed that the trees in the world's largest rainforest are losing their ability to absorb carbon.

The study tracked 300,000 trees over 30 years, providing the first large-scale evidence of the decline in carbon uptake by the world’s tropical forests.

It was published on Wednesday in the journal Nature.

For the last three decades, the amount of carbon absorbed by the world’s intact tropical forests has fallen, according to the study from nearly 100 scientific institutions.

They are now taking up a third less carbon than they did in the 1990s, owing to the impacts of higher temperatures, droughts and deforestation. That downward trend is likely to continue, as forests come under increasing threat from climate change and exploitation.

The Amazon could turn into a source of carbon in the atmosphere, instead of one of the biggest absorbers of the gas, as soon as the next decade, owing to the damage caused by loggers and farming interests and the impacts of the climate crisis, new research has found.

If that happens, climate breakdown is likely to become much more severe in its impacts, and the world will have to cut down much faster on carbon-producing activities to counteract the loss of the carbon sinks.

''We’ve found that one of the most worrying impacts of climate change has already begun,” said Simon Lewis, a professor in the school of geography at Leeds University, one of the senior authors of the research.

''Humans have been lucky so far, as tropical forests are mopping up lots of our pollution, but they can’t keep doing that indefinitely,'' he said.

''We need to curb fossil fuel emissions before the global carbon cycle starts working against us. The time for action is now,'' he added.