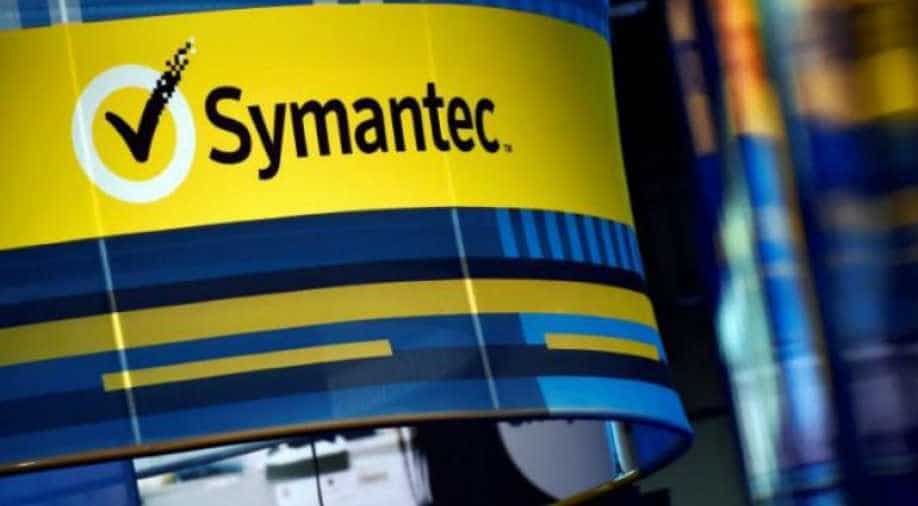 The Symantec booth is seen during the 2016 Black Hat cyber-security conference Photograph:( Reuters )

Symantec researchers says they have found multiple instances of code used both in the North Korea-linked group's previous activity and in early versions of WannaCry.||North Korea has routinely denied any such role.

Cyber security firm Symantec said it was "highly likely" a hacking group affiliated with North Korea was behind the WannaCry cyber attack this month that infected more than 300,000 computers worldwide and disrupted hospitals, banks and schools across the globe.

Symantec researchers said they had found multiple instances of code that had been used both in the North Korea-linked group's previous activity and in early versions of WannaCry.

In addition, the same Internet connection was used to install an early version of WannaCry on two computers and to communicate with a tool that destroyed files at Sony Pictures Entertainment. The US government and private companies have accused North Korea in the 2014 Sony attack.

North Korea has routinely denied any such role. On Monday, it called earlier reports that it might have been behind the WannaCry attack "a dirty and despicable smear campaign."

Lazarus is the name many security companies have given to the hacking group behind the Sony attack and others. By custom, Symantec does not attribute cyber campaigns directly to governments, but its researchers did not dispute the common belief that Lazarus works for North Korea.

In a blog post, Symantec listed numerous links between Lazarus and software the group had left behind after launching an earlier, less virulent, version of the malware in February. One was a variant of software used to wipe disks during the Sony Pictures attack, while another tool used the same internet addresses as two other pieces of malware linked to Lazarus.

At the same time, flaws in the WannaCry code, its wide spread, and its demands for payment in the electronic bitcoin before files are decrypted suggest that the hackers were not working for North Korean government objectives in this case, said Vikram Thakur, Symantec's security response technical director.

"Our confidence is very high that this is the work of people associated with the Lazarus Group, because they had to have source code access," Thakur said in an interview.

But he added: "We don't think that this is an operation run by a nation-state."

The most effective version of WannaCry spread by using a flaw in Microsoft's Windows and a program that took advantage of it that had been used by the US National Security Agency, officials said privately.

That program was among a batch leaked or stolen and then dumped online by a group calling itself The Shadow Brokers, who some in US intelligence believe to be affiliated with Russia.

Analysts have been weighing in with various theories on the identity of those behind WannaCry, and some early evidence had pointed to North Korea. The Shadow Brokers endorsed that theory, perhaps to take heat off their own government backers for the disaster.

Cybersecurity company Kaspersky has said it had found several similarities between the WannaCry malware from the earlier attack and those used by Lazarus. But in an interview last week, its Asia research director, Vitaly Kamluk, said it was not conclusive evidence. "It's unusual," he said.

Beau Woods, deputy director of the Cyber Statecraft Initiative at the Atlantic Council, said that the Korean language used in some versions of the WannaCry ransom note was not that of a native speaker, making a Lazarus connection unlikely.

But Thakur said that some hackers deliberately obfuscate their language to make tracing them harder. It is also possible that the writer in question was a contractor in another country, he said.

Thakur said a less likely scenario is that Lazarus' main aim was to create chaos by distributing WannaCry.

If the hackers' main objective was to earn money on the side, that would suggest an undisciplined hacking operation run by North Korea, one that could be exploited and weakened by the country's many foes.

"The intelligence community will probably take away from this that there is a possibility of splinters in the Lazarus Group, or members who are interested in filling their own pockets, and that could help," Thakur said.