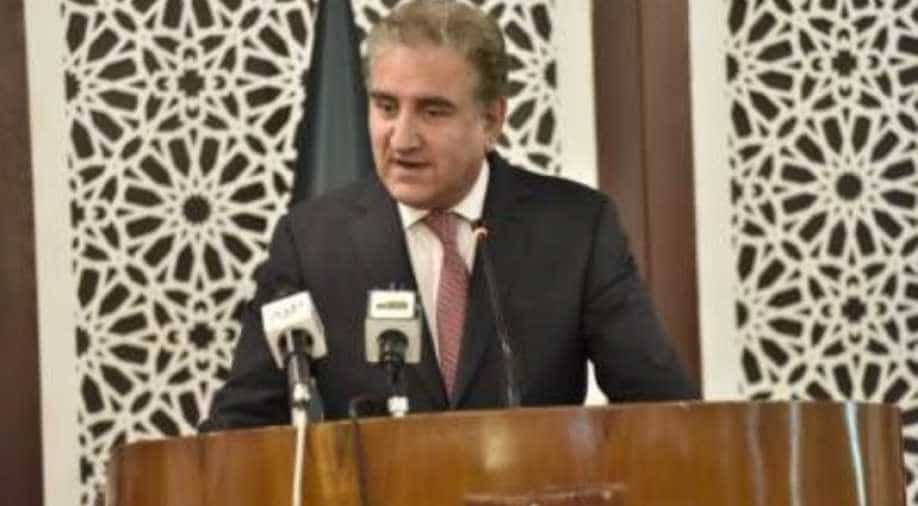 Reacting to Singh's remarks, the Foreign Office said that his statement is 'another desperate attempt to divert attention from' Jammu and Kashmir.

Pakistan on Sunday rejected Defence Minister Rajnath Singh's remarks about the situation in Pakistan-occupied Kashmir (PoK) and alleged that it was an attempt to divert attention from Jammu and Kashmir.

Addressing a virtual Jan Samvad rally for Jammu and Kashmir, Singh said on Sunday that when people of PoK will want to be freed of Pakistan's occupation and be part of India, then this will lead to the fulfilment of Parliament's resolution that the region is an integral part of the country.

"Let's wait for what happens in future. There will be demand from PoK to be freed of Pakistan's occupation and to live with India. When this happens, then Parliament's resolution will also be fulfilled," Singh said.

Also read| Soon people of PoK will demand that they want to be with India: Rajnath Singh

Parliament has also earlier passed resolution that PoK is part of India.

Reacting to Singh's remarks, the Foreign Office said that his statement is "another desperate attempt to divert attention from" Jammu and Kashmir.

Pakistan has been unsuccessfully trying to drum up international support against India for withdrawing Jammu and Kashmir's special status on August 5 and bifurcating it into two Union territories.

India has categorically told the international community that the scrapping of Article 370 was its internal matter. It also advised Pakistan to accept the reality and stop all anti-India propaganda.