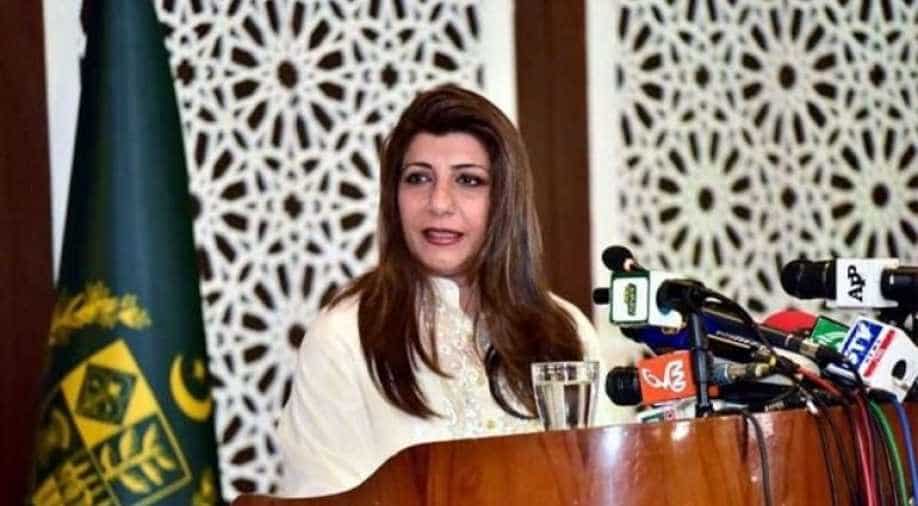 'We congratulate Ireland, Norway and Mexico on their election to the Council. The election of India, however, raises fundamental questions,' Pakistan Foreign Office spokesperson said.

Pakistan on Thursday refused to felicitate India after it was elected as a non-permanent member of the powerful UN Security Council, accusing it of violating the UN resolutions on Kashmir.

India was overwhelmingly elected as a non-permanent member of the powerful UN Security Council on Wednesday for a two-year term.

India, the endorsed candidate from the Asia-Pacific States, won 184 votes out of the 192 ballots cast in the elections for the five non-permanent seats of the Security Council, the world organisation's most powerful organ.

"We congratulate Ireland, Norway and Mexico on their election to the Council. The election of India, however, raises fundamental questions," she said.

She said that the UN Charter has entrusted the Security Council with primary responsibility for the maintenance of international peace and security.

"India stands in flagrant violation of several resolutions of the Security Council that prescribed a UN-supervised plebiscite to enable the people of Jammu and Kashmir to exercise their fundamental right to self-determination," she said.

She said Pakistan will be working with the rest of the members of the Security Council in advancing the objectives of international peace and security in South Asia and beyond.

On a conflict between forces of India and China in Ladakh, Farooqui said that renewed clashes at China-India border areas happened as China was negotiating with India to resolve the conflict peacefully and through agreed mechanisms.

"India's belligerent policies and actions seeking to unilaterally change borders with neighbours continue to pose a threat to peace and security of the region and undermine the efforts aimed at promoting stability and development in the region," she alleged.

After its election, India on Thursday said enhancing counter terrorism action by the powerful UN body and depoliticising the process of putting sanctions on terror entities will be among its top priorities.

Briefing the media on India's election to the UN body, Secretary West in the Ministry of External Affairs, Vikas Swarup, said the country looks forward for being the voice for all those who are not represented on the Council.

Addressing a virtual Jan Samvad rally for Jammu and Kashmir, Singh said on Sunday that when the people of PoK will want to be freed of Pakistan's occupation and be part of India, then this will lead to the fulfilment of Parliament's resolution that the region is an integral part of the country.

On a question about the two officials of the Indian High Commission arrested on Monday for their alleged involvement in a hit-and-run incident in Pakistan's capital Islamabad, she said they were over-speeding and crashed their car into a pedestrian, which led to their arrest but they were set free.

"During the course of investigation, fake currency was also recovered from the aforementioned officials," she alleged.

India on Tuesday summoned Charge d' Affaires of Pakistan High Commission Haider Shah and a lodged a strong protest with him over the "abduction and torture" of two officials of the Indian mission in Islamabad by Pakistani agencies.

Watch| Horrifying images and videos from Pakistan's 'monsoon on steroids'