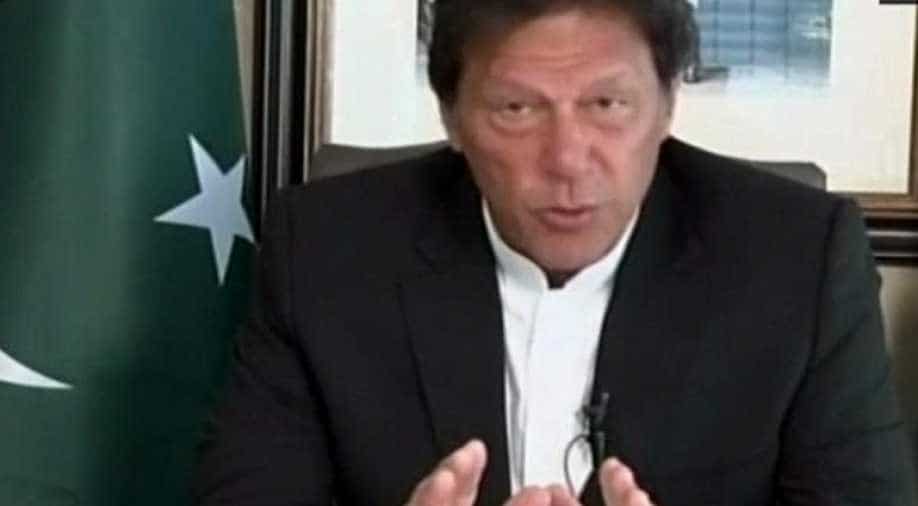 Since the situation has become more threatening, the World Health Organization has warned Pakistan of dire consequences.

Prime Minister Imran Khan's poor handling of the COVID-19 pandemic fallout has placed it in a confrontation path with the Army whose top brass is unhappy at the failure of the Government to deal with the Pandemic.

Wajid Shamsul Hasan, a former Pakistani diplomat, and journalist said that the total failure of Imran Khan government's anti-COVID-19 policies has justified the Generals to be back in the front seat in control in Pakistan -- though there is no official declaration of martial law.

"Until last induction of officers up to the rank of Lt. Generals in the civilian cadre, there are now more than a dozen former and current military officials in prominent government posts such as running the state-owned PIA, the power regulator and the National Institute of Health, which is leading the country's pandemic response. Three of those appointments happened in the last two months."

Hasan believes that Imran Khan has failed to make up its mind to decide its best options for combating the pandemic COVID-19.

"Having opposed lockdown since the day Sindh government decide to use it to minimise the surge, the latest decision from Khan is so-called 'smart lockdown' in places where the surge is more severe. By the time of writing this piece, the death toll has nearly 3000 and the spread of infection has hit more than 130,000".

Since the situation has become more threatening, the World Health Organization has warned Pakistan of dire consequences.

In its latest directive WHO has asked Pakistan to implement "intermittent" lockdowns to counter the surge in coronavirus infections that has come as the country's Prime Minister opted for loosening restrictions pertaining to lockdown.

Ever since the discovery of COVID-19's presence with a pilgrim from Iran's presence and the start of the outbreak in Pakistan in March, Prime Minister Khan has been emphasising against lockdown measures adopted by Sindh government and other provinces arguing the impoverished country could not afford massive unemployment due to it four provinces ordered a patchwork of closures, and last week Khan said most of these restrictions due to lockdown would be lifted. That decision as such has come as Pakistan found the worsening of the surge across all of South Asia, which until recently had lagged Western nations in virus tolls.

WHO officials said last week they had recorded a total of 108,317 cases and 2,172 deaths - though with testing still limited, real rates are thought to be much higher.

"As of today, Pakistan does not meet any of the pre-requisite conditions for opening the lockdown", the WHO said in a letter to Punjab's provincial health minister Dr Yasmin Rashid recommending an intermittent lockdown cycle of two weeks on, two weeks off.

WHO believes that 25 per cent of tests in Pakistan come back positive for COVID-19, the WHO said, indicating high levels of infection in the general population. Hospitals across the country say they are at or near capacity, and some are turning COVID-19 patients away.In a panic reaction, the Health Authorities in Islamabad have identified and sealed off nearly 1,300 coronavirus hotspots across the country to contain the surging trajectory of new infections.

The sealing of high-risk areas comes as government's COVID-19 portal reported 6,472 new cases in the last 24 hours, the country's highest single-day total.Pakistan has reported 132,405 confirmed cases of the novel coronavirus, including 2,551 deaths since its first case emerged on Feb 26.

After initially imposing a countrywide lockdown, the government has now eased restrictions, saying it was necessary to save the country's economy, but it has caused a surge in infections.

Prime Minister Imran Khan has resisted demands from medical experts to reinforce the lockdown, citing its economy going bankrupt. Authorities, however, are now using the term coined as "smart lockdown" to close shops and markets and force people to stay home in areas where confirmed cases have increased in recent weeks.

Hasan believes that Imran Khan's influence has undermined due to the collapsing economy, galloping consumer prices, and grave law and order situation.

"He feels that his same page partners are stabbing it in the back on the quiet. Recent findings of anti-corruption investigations exposing mega corruption by his close aides is a clear indication that noose is tightening around his neck with Army's role as same page partners being rendered into a veneer", said Hasan.

The former diplomat believes that the Army's support was considered as the mainstay, critical together for a government that relies on several smaller coalition partners who are believed to be puppet on the Establishment's chain to stay afloat.

He said, "Developments as such are not new. One can find similarities now and the previous governments when powers that be took over gradually with subtle moves. It must be remembered that the military has always been Pakistan's most powerful institution and has directly ruled the country for most of the part of its seventy years independent existence."