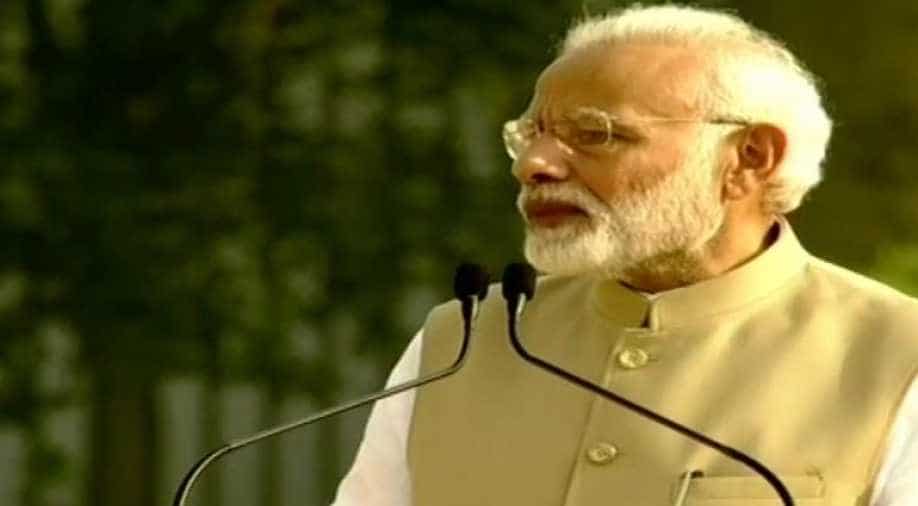 Efforts have been made in recent years to bolster this pathetic number of diplomats at the Centre, but the new recruits will take time to gain expertise.

A few days ago, the Pravasi Bharatiya Sammelan held in Varanasi came to a grand close. From various accounts, it was a major success and is viewed as a fitting display of India’s soft power. A more formidable demonstration of soft power happened in 2015 when the United Nations, at New Delhi’s prodding, adopted June 21 as the International Yoga Day.

While soft power, as well as hard power, is driven by the political leadership of the day, the sustenance and credibility of such power depend largely on the strength of a nation’s international diplomacy.

In our case, it’s the Indian Foreign Service (IFS) ecosystem which shoulders that responsibility. Over the decades since independence, the IFS has given us brilliant officers who have effectively presented India’s stand before the world community, not just when the country spoke from a position of strength but also when it had to defend itself in times of grave challenges — global sanctions following India’s conduct of nuclear tests in 1998 is one such instance. But this must not lead us to presume that our international diplomacy infrastructure, which is responsible for furthering the country’s foreign policy, is at its best.

Several experts have commented on the subject, but most recently it is former Deputy National Security Advisor and retired IFS officer Arvind Gupta, who has flagged the matter. In his book, "How India Manages its National Security", Gupta has raised pointed issues which need urgent course-correction. His credentials to comment on the issue are impeccable, and his views need serious consideration. Here are some of the concerns.

In terms of both size and global outreach, Russia and the United States of America are key players. Russia has over 10,000 diplomats — roughly 3,000 are based in Moscow alone. The US has more than 11,000 members in its diplomatic service, whereas the other big country, China, has approximately 7,500 diplomats.

Where does India stand? According to the book, the number stands at a low of about 1,200. An article in Bloomberg has pegged the number at an even lower 940. This does not gel with the country’s global ambition.

It’s true that efforts have been made in recent years to bolster this pathetic number, but the new recruits will take time to gain expertise. And this where the second concern lies. As Gupta points out in his book, the scarcity has compelled the Ministry of External Affairs to absorb officials from other ministries and agencies on deputation to meet the workload. The limitations that this brings on the table are obvious.

A key element of India’s soft power derives from the country’s rich civilisational history — cultural diversity, heritage and language. Here, Gupta points out that our diplomats, “exposed to global influences, are often unaware of and not sufficiently trained in the Indian ethos”. One does not need to be an expert to understand that such a deficiency is hitting at the very foundation on which India’s soft power rests.

There is also the issue of area and domain specialisation, which in the author’s words, “are the twin pillars that support effective diplomacy”. While random efforts are made to acclimatise the IFS officers in these aspects, there hasn’t been, according to Gupta, “a conscious policy of developing are expertise among diplomats”. The result is that after a few years, even those officials who have gained some expertise, tend to lose touch with their core strength — such as, for example, proficiency in a foreign language which they may have acquired.

The External Affairs Ministry has several territorial divisions which are mandated to handle bilateral relations. Given that New Delhi has over the years not just reached out to many countries but also built solid relationships based on mutual interests and shared concerns, one would expect the territorial divisions to be fully equipped to meet the challenge. But again these divisions are considerably understaffed and overloaded with work. The fallout is a drop in efficiency to nimbly respond to global developments. “This weakness affects the overall diplomatic effort of the country”, says the book.

The expansion of our diplomatic corps, in both numbers and reach, needs money. India has 184 missions and posts abroad, and they cannot be run on a diet of pragmatic idealism; finances are required. Funds are also needed to meet the obligations that India has vowed to many countries for their development. If that is impacted due to the paucity of money, the country’s diplomacy suffers loss of face. Given the ambitious scale on which New Delhi has been pursuing its global outreach, one would expect the Union Budget to set aside an acceptable allocation for the External Affairs Ministry. But look at what a 2017 report of the Standing Committee of Parliament had to say: “While analysing the budgetary allocations made for the MEA during 2015-16, the Committee had found that the Ministry had sought an allocation of Rs 22,967.01 crore… against which the actual allocation made at the Budget Estimate stage was only Rs 14,966.83 crore.” The panel went on to say that despite an intervention made by the External Affairs Minister, “the situation could not be improved”.

Arvind Gupta offers an interesting to enhance coordination among the various diplomatic efforts. He states that “coordination among the MEA and other agencies involved… is where Indian diplomacy hits a weak spot”. He laments the frequent turf wars, and suggests a structure that would not just coordinate diplomatic efforts with the various agencies involved, keeping national security in mind, but also have teeth — meaning, it must go beyond being an advisory body.

It’s now too late for the incumbent regime at the Centre to undertake a revamp and reform of the country’s diplomatic infrastructure. Will the next government bite the bullet?