Pragya Singh Thakur should be made to resign from Parliament 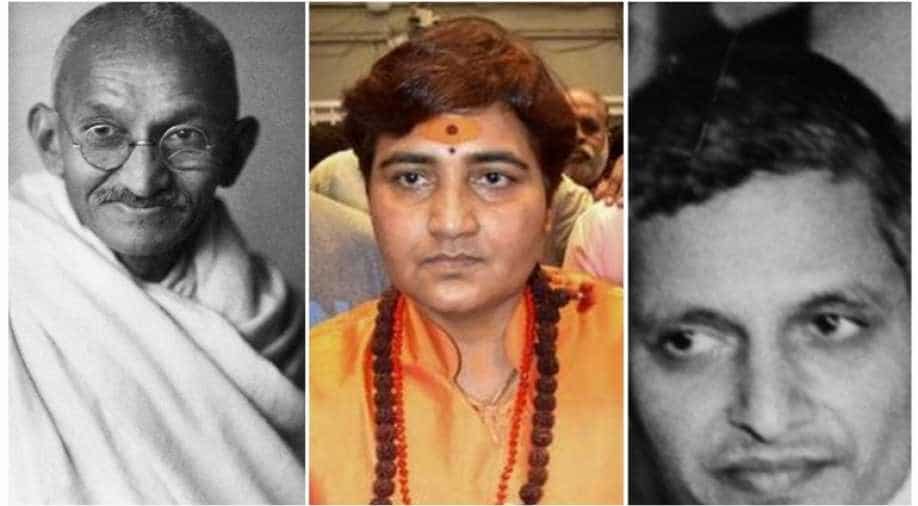 Token punishment will not work now as Pragya Thakur again crossed a red line in the sacred house.

This is not the first time that BJP government and its topmost leadership is embarrassed by the statements made by MP Pragya Thakur. Pragya was elected in 2019 Lok Sabha election and she was projected by BJP as a victim of UPA’s agenda against Hindus in the country.

Pragya was shown as a victim of a regime which was more invested in minorities than the majority community.

The politics of Pragya yielded rich dividends to BJP despite gaffes made her during the campaign. Prime Minister Narendra Modi had to make a statement that he would never forgive Pragya. I do not know whether she was forgiven but certainly, things she said were promptly forgotten by the ruling dispensation.

The top leadership continued to reaffirm its faith in Gandhi but ensured that Pragya Singh Thakur was politically accommodated. She was accommodated as a member in one of the Parliamentary Committees. Her honeymoon continued till she dropped another bomb in Lok Sabha by calling Nathuram Godse a patriot. It shocked everyone. Her statement shocked BJP more as party understood the damage her statement has made. She damaged Narendra Modi.

The biggest political service which Narendra Modi has done to RSS and BJP is ending the stigma that RSS philosophy was behind Gandhi’s assassination. Modi broke those mental shackles by adopting Gandhi very creatively.

It is was a big departure in Indian politics. Narendra Modi appropriated Gandhi in a way that it left Congress ideologically high and dry. He adopted his campaigns and ensured public participation. He brought Gandhi out of the classrooms and seminar circuit.

Pragya by making that statement in Lok Sabha killed that six degree of separation. Pragya is a terror accused. Till the case continues, she remains an accused. She can also be a victim of a campaign but now where it brings Gandhi into the picture. It was a political battle between Congress and BJP. Nothing more and nothing less.

In past, she was projected as a victim of minority politics. Today she is an assault on Hindu sensibilities. Mahatma’s assassination in the Hindu psyche is akin to patricide and Pragya by trying to eulogise Nathuram Godse has put the spotlight on BJP.

Is hatred of Gandhi fundamental to the ideology of Hindutva? Does Pragya’s thought represent BJP’s mainstream? If the thought does not represent BJP’s mainstream, then how come she gets away with a light penalty? Lastly, if the government is so committed to the ideals of Mahatma Gandhi then how come Pragya continues to remain in the same august house?

These questions will need to be answered by BJP and RSS. The government will need to take a clear stand on Pragya Singh Thakur and Nathuram Godse. Nathuram cannot be wished away as a misguided patriot. He nursed hatred against Gandhi and believed that he gave away more to Muslims. Token punishment will not work now as she again crossed a red line in the sacred house.

BJP under Modi has evolved into a big party. Prime Minister Narendra Modi must ask Pragya Singh Thakur to step down if he really wants every Indian to believe that his commitment towards Mahatma Gandhi’s philosophy and life is real and resolute. It will only make him tall.