'Main bhi chowkidar' vs 'Chowkidar chor hai': Who is winning? 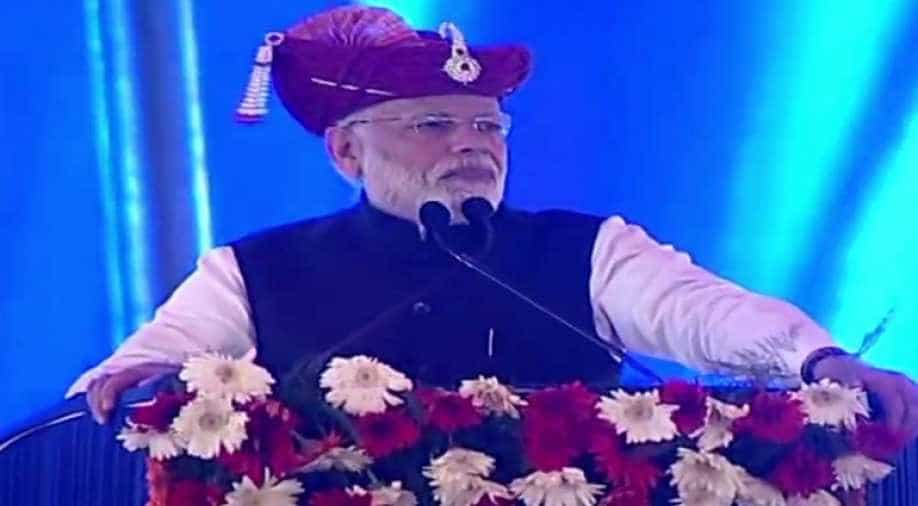 While “Chowkidar Chor Hai” is revealed, on closer analysis, not just to be negative, but demeaning, “Main Bhi Chowkidar,” arguably, shows solidarity with watchmen and guardians of the state.

In the perception battle ahead of the forthcoming Lok Sabha polls, the Indian electorate has been inundated, rattled, one might even say bedazzled, by slogans galore. Competing for attention as also for votes, these slogans have galvanised the campaign, leading to several witty, creative, even brilliant moves, counter-moves, and exchanges. All of which add to the zest, spice, and savour of Indian elections, making them unlike any other on the planet. Of these, perhaps none has captured the public imagination as much as the “chowkidar” vs “chor” slanging match that’s still playing itself out over mainstream and social media.

At its heart are two slogans. The one that started the clash was coined by the main opposition party, the Congress: “Chowkidar Chor Hai”— the guard or gatekeeper is the thief. Clearly directed at the Prime Minister, the slogan meant not only to cast aspersions on Narendra Modi’s reputation as an honest and clean leader, but also to call into question the anti-corruption image of the Bharatiya Janata Party. The latter’s counter, “Main Bhi Chowkidar”— I too am a guard — resulted in many party members, including senior ministers, not to mention millions of Modi supporters, changing their social media handles to include the prefatory self-appellation “Chowkidar.” The hashtag has reportedly been tweeted over 20 lakh times. Many a “convertee” or “me-too” Chowkidar also received personalised congratulatory and thank you messages from the Prime Minister’s handle itself, which they promptly went on to proudly blazon and recirculate.

So, who is winning this battle of slogans, media catchphrases, and clickbaits? This was a closely-contested skirmish, with the Congress starting with the upper hand, but now the tide clearly seems to have turned. There is a simple reason for this. Not only is the BJP media cell more active and aggressive, but so is the PM himself. Modi has the uncanny knack of turning around everything that is thrown at him with a redoubled force so that it crashes back into the opposition like a boomerang. His political genius lies in his ability to connect spontaneously with his audience no matter whether they are poor, semi-literate, so-called “unwashed” masses or the top echelons of Lutyens Delhi and corporate czars.

No wonder, Modi made it a point to address a specifically targeted audience of some 25 lakh chowkidars or security guards via a radio speech. He made it a point to say he was sorry for the insult heaped upon them by the Congress: “I apologise to all chowkidars that some people, for their own interests, have been abusing chowkidars and saying chowkidar chor hai, raising questions about the integrity of the chowkidars of the nation.” Obviously, it was an attack on Rahul Gandhi for using that refrain against him. Modi added that the slogan was harmful to the whole country. He was right. Just imagine: If our security guards were really thieves, wouldn’t it spell a terrible security crisis for all of us? Wouldn’t it be quite detrimental therefore to call into question their devotion to duty or their honesty?

We know that the profession of security guards is one of our fastest growing. It is a respectable job, even if not highly paying. Requiring neither high skills, education levels nor, indeed, strenuous labour, it attracts a huge contingent of our unemployed rural workforce. By praising chowkidars all over the country, upholding their dignity and status, the PM was scoring a point over the opposition. He was also hitting out at Arvind Kejriwal, another opposition leader, who mocked Modi for promoting the job of a chowkidar over that of an engineer. Modi, by emphasising the dignity of labour, cleverly turned Kejriwal’s aspirational jibe against the Aam Aadmi (common person’s) Party.

In doing so, he was the garnering sympathy of neutral onlookers too. That is because “Main Bhi Chowkidar” extends the sphere of the responsibility of protection of the state from those in positions of power to the common citizenry. While “Chowkidar Chor Hai” is revealed, on closer analysis, not just to be negative, but demeaning, “Main Bhi Chowkidar,” arguably, shows solidarity with watchmen and guardians of the state.

Just prior to his speech to chowkidars, the PM added another feather to his cap. His sur-namesake, Nirav Modi, was jailed in London. The capture of the fugitive diamond merchant, wanted for defrauding Indian banks of a staggering two billion dollars, seemed to prove that the long arm of PM Modi as chowkidar extended outside India. Nirav in a British jail, with its different time zone, gave some credence to PM Modi’s “24x7 Chowkidar” boast. Milking the opportunity to his advantage, Modi concluded by saying, “No matter how much they insult us calling us chor, we don’t have to be afraid and we should embrace such insults like ornaments.”