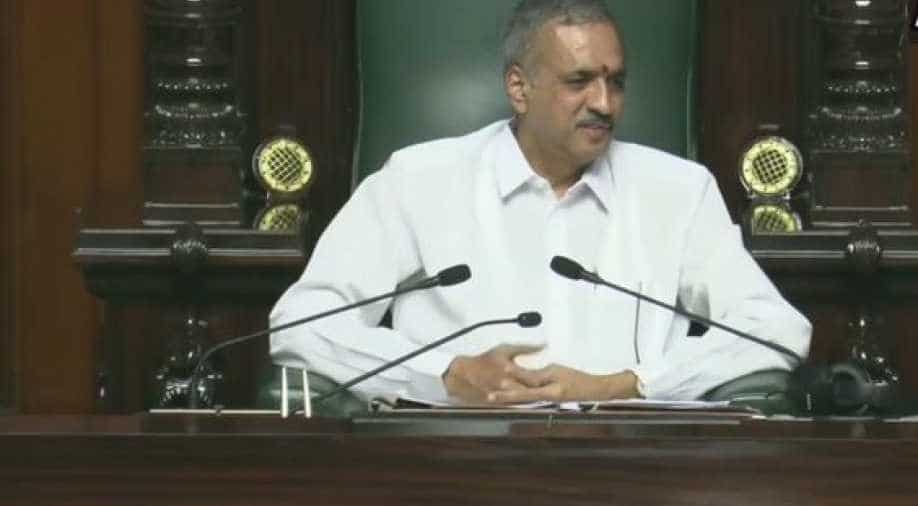 This comes a day after Vishweshwar Hegde Kageri filed his nomination for election to the post of Karnataka Assembly Speaker.

This comes a day after Kageri filed his nomination for election to the post of Karnataka Assembly Speaker.

On Monday, KR Rakesh Kumar tendered his resignation from the post of Assembly Speaker after chief minister BS Yediyurappa won the trust vote in the assembly.

The Congress-JD(S) coalition government fell last week after losing the trust vote in the Karnataka Assembly.

Currently, there are 105 BJP members supported by an Independent. Both Congress and JD(S) have 100 members in the 225-member House. The majority mark stands at 104, after 17 MLAs were disqualified by Speaker KR Ramesh Kumar under the anti-defection law.