A Belchi moment for Congress party? No; good job by Priyanka? Yes 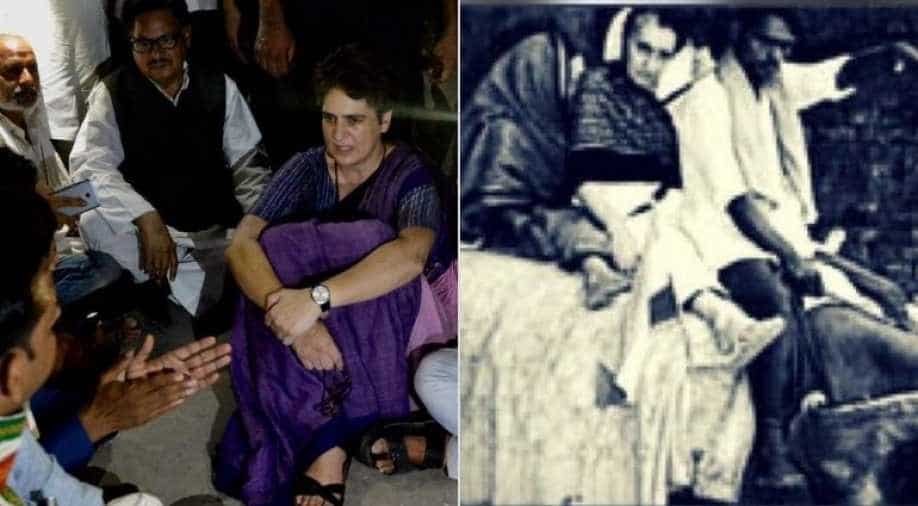 Priyanka Gandhi’s sudden foray into Sonbhadra politics and Uttar Pradesh government’s subsequent high handedness turned a low-key affair into a media delight. A story that would have passed quietly acquired a political life when Priyanka Gandhi was detained at Chunnar fort

Priyanka Gandhi’s sudden foray into Sonbhadra politics and Uttar Pradesh government’s subsequent high handedness turned a low-key affair into a media delight. A story that would have passed quietly acquired a political life when Priyanka Gandhi was detained at Chunnar fort.

But the real question is whether, Sonbhadra is a starting point for Priyanka Gandhi’s political rebirth and revival of the Congress politics, as many in Congress would like to believe.

In my opinion, it is neither a Belchi moment nor an inflexion point, where party charts out a course back to power. The Sonbhadra episode shows continuation of crisis and nervousness within the Congress party.

Before that, let us understand what Belchi was? It was a place where Dalits were killed by upper castes in Bihar. Indira Gandhi had made an unexpected journey to meet the victims, surprising her political opponents. The political episode revived Indira Gandhi’s fortune.

Congress-led by Indira Gandhi in 1977 had retained the whole of South India and lost majorly in North India. Congress got 154 seats in Lok Sabha. It still enjoyed 34.52 per cent of the vote share, nationally. The combined Opposition stood at 41.32 per cent.

The party in 2017 Uttar Pradesh Assembly got 6.75 per cent of votes while in 2019 got just one Lok Sabha seat. BJP'S vote share was almost close to 50 per cent in Uttar Pradesh.

In 2019, the national vote share of the Congress Party stood at 19.5 per cent whereas vote share of BJP stood at 38 per cent. Congress is nowhere close to that mark and nor does it have a firmly entrenched leader like Indira Gandhi at helms of the affairs, leave alone, vibrant state units.

Congress, for the first time after decades, does not even have a functional president. Rahul Gandhi is travelling abroad and sulking in public that seniors did not allow him to run the party freely. It is Rahul Gandhi’s successive second Lok Sabha defeat. Sonia Gandhi is inactive in the electoral politics and Priyanka Gandhi is only in charge of eastern Uttar Pradesh.

On top of it, a section close to Rahul Gandhi wants elections in the party which will be a precursor for a split, nationally. The idea is to replicate what Indira Gandhi did to sideline the Syndicates 50 years back. But, that is not the case today as the charisma of Nehru’s daughter has been matched by the charisma of Narendra Modi. In 40 years, the dynasty has become a liability, politically. It is no more virtue or an asset for an aspiring politician like Priyanka Gandhi who, till now, has not contested even one election or held organizational post before 2019.

Sonbhadra episode shows that politics abhor a vacuum and Priyanka Gandhi filled it in Rahul Gandhi’s absence. It is for this reason, senior Congress leaders were scrambling to reach Varanasi airport.

But that is an arrangement within the party but not outside as Congress lacks a coherent ideology and organization in the state and also nationally.

It also does not have a chief ministerial candidate for Uttar Pradesh. Bhatta Parsaul is the best example of the failure of an episodic engagement in politics.  Rahul Gandhi generated best of TV optics but lost Uttar Pradesh pretty badly to the Samajwadi Party in 2012. In my opinion, the mistake which Congress commits regularly in the context of larger social events like Sonbhadra is to make the political story revolve around Gandhi’s.

It is never matched with the groundwork after the event. It is here, the RSS-BJP combination outshines Congress. They have thousands of silent workers who in the absence of big leaders work tirelessly at the grassroots - something completely absent today in the case of Congress.

There is a saying in Hindi, “doobte ko tinke ka sahara milna,” this is an apt version for the event. What happened to the Ganga Yatra which Priyanka Gandhi undertook in Uttar Pradesh? It fetched zero results.

The only thing on the positive side is that Priyanka Gandhi Vadra has shown political toughness at a time of crisis. She is working when the party is standing still. The electorate appreciates leaders who do not give up. Priyanka, by going to Uttar Pradesh, has demonstrated her will to not let go of her assignment. On top of it, the unexpected turnout of the event may have further vetted her appetite for a bigger political fight but the real work remains pending, that being what does the Congress party stands for?