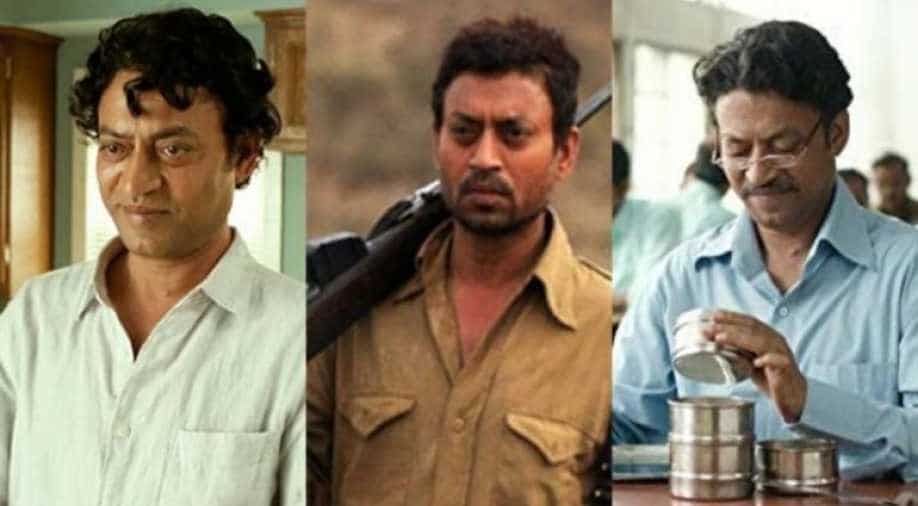 Irrfan Khan was the actor who spoke for us, told our stories to the world. Looking at him one felt if he could, so could we.

"I suppose in the end, the whole of life becomes an act of letting go, but what always hurts the most is not taking a moment to say goodbye"-  'Life Of Pi'

This has been one of my all-time favourite quotes. But on Wednesday, after spending nearly 14 hours at work, writing about Irrfan Khan and stories related to him, the heart still refuses to move on or bid this silent acting giant a goodbye.

For journalists, writing or reporting death is not new. And we are adept at writing about death without getting too involved emotionally with the stories. That's after all our jobs and we have the ability to move on to the next breaking story. But it's different in this case.

Why does his loss seem so personal? I know I am not the only one who feels like that. I have had friends, colleagues, and even family calling and messaging me throughout the day expressing shock over the news. For every single person, it seems like they have lost someone of their own. I scroll through numerous posts on social media and all I see is people writing about how Irrfan's death has affected them at a personal level even though most of them have never met him. Perhaps that's the sign of a true star. A man who can make every character relatable. That's what Irrfan was. He was a relatable man despite scaling international heights. One of those rare actors who shared screen space with a Tom Hanks and a Bobby Deol.... You see the range?

Also Read: The man who spoke a thousand words through his eyes

From being the endearing Bengali professor in 'The Namesake' to the annoying obnoxious Monty in 'Life In A Metro', Irrfan had played characters that you and I knew in person and the actor left a distinct impression in each of them. He was the common man who gave hope to millions. He was the actor who spoke for us, told our stories to the world. Looking at him one felt if he could, so could we. Above all, he was one of the most humble stars around.

I had the opportunity of interviewing him twice. The first time was in 2012, I was still a rookie and very nervous about covering events. It was the Osian film festival at Delhi's Siri Fort auditorium. I was standing outside one of the smaller audis, waiting for Irrfan to come and start the press interaction.

He came, dressed in a white shirt and green pants. I remember the colour clearly. I froze because to enter the audi he would have to cross me. He looked at me, probably sensing my nervousness, gave that famous smile of his, and said 'come inside?' or some such thing. I was so nervous I mumbled something and scurried inside to join the rest of the waiting media. An awkward moment to recall or talk about but I distinctly remember that warm smile. The smile that reached out to nervous rookie reporters, a smile that made the audience love him in each of his roles and the same smile that will remain etched in our hearts forever.

The second time was over a video chat-a format that was still new at that time. The Internet kept disconnecting on his and my side at regular intervals but the man never lost his patience or say that 'let's cancel it'. He sat through the hiccups and smiled as we apologised constantly.

While editing copies on Wednesday, I realised that no matter how much you write about this genius, it's not enough. How to compress three decades of his illustrious career in few paragraphs? How does one put it in writing the way he connected with his audience, or how he made his roles in the most ordinary, underwhelming films memorable. How to write about this powerhouse of talent?

Over the years, I have to admit that the fascination of movies has worn off a bit. It doesn't seem as magical as it used to be in my days as a student. I honestly feel that most actors are replaceable. Every actor can do the other actors part. But no one can bring what Irrfan did to his characters. No one will ever be able to. I missed him when he took a break in 2018 for cancer treatment and I will continue missing him as long as I watch films. And that's why maybe, it feels personal. Because who will make us believe in dreams, in the magic of showbiz as subtly as Irrfan did?

This has got to be the biggest loss for our generation. And it will remain personal. For all of us.