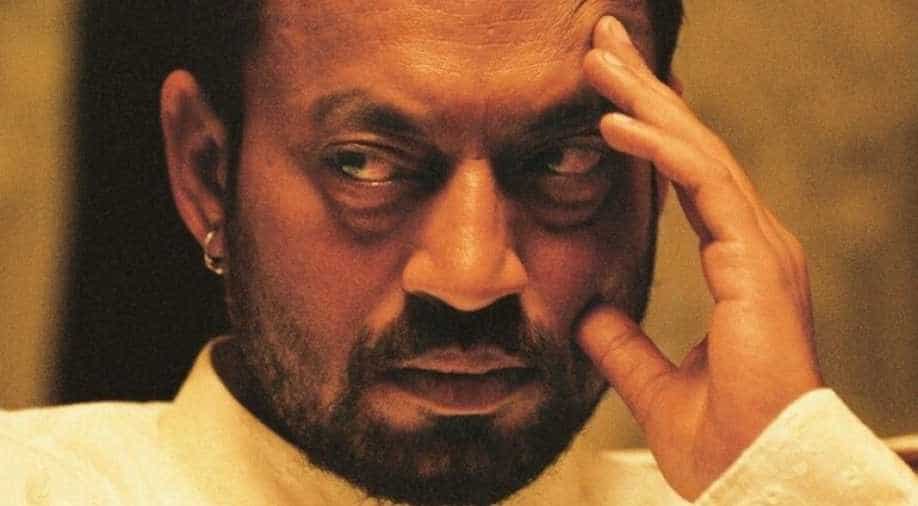 Irrfan Khan had the enormous gift to make every character he played, extraordinary.

In a country as large as India, everything and everyone is perhaps replaceable. But will there ever be a replacement for an actor like Irrfan Khan? A man who really did not discriminate with the kind of projects he took up, a man whose presence in a film made the entire film bearable (no matter how awful the plot may be), a man who spoke through his deep eyes and warm smiles and a man who could play any role with absolute ease no matter what the scale of the film was.

Born in a business family in Jaipur, Irrfan's early years were spent playing cricket. The actor, in later years, admitted that cinema fascinated him from a young age and when he got through the National School of Drama after graduation he went there thinking it was a ticket to Bollywood.

Cinema did happen to the actor but not immediately after drama school. He in fact started getting small parts in Doordarshan shows while he was still in NSD. Irrfan was part of several prominent shows on Doordarshan in the late 1980s, early 1990s. From 'Bharat Ek Khoj' to 'Chanakya' to the popular 'Banegi Apni Baat'- Irrfan created some memorable characters in each of these series.

His film debut was in Mira Nair's 'Salaam Bombay!' (1988) which earned critical praise but failed to propel his career. He played the lovelorn letter writer in the film that captured Biombay's underbelly beautifully.

He went on to star in several critically acclaimed films in the next few years but the watershed moment came when he featured as the lead in Asif Kapadia's 'Warrior' in 2001. The film traveled to various international film festivals and won accolades for the director and the actor. Suddenly, the world had woken up to the genius called Irrfan Khan. The success of 'Warrior' paved way for two of his best works- Tigmanshu Dhulia's 'Haasil' and Vishal Bhardwaj's cult classic 'Maqbool' which reminded the Indian audience of the brilliance of the actor. Till then most knew him as the character actor who played supporting roles in TV shows. Sure, they loved him but no one would have imagined him as Maqbool, a victim of love, enmity and jealousy who loved too much and lost everything. Or for that matter as the menacing, clever student leader in Dhulia's 'Haasil'. A love story set amidst student politics of Uttar Pradesh, it had Irrfan playing the antagonist, yet over a decade later people remember him more than the lead actors.

He had an enormous gift to make every character he played, extraordinary. Be it the bumbling idiot in 'Life In A Metro' or the rebel of 'Paan Singh Tomar' or the philosopher in 'Life Of Pi' or the warm loving father and husband in 'Namesake'- every character stood out. He had the ability to turn the common man into a hero- with his unique nuances. Through Films, TV series or even his early in theatre, Irrfan spoke the language of the common man and inspired him to dream big and live a life like a hero.

Irrfan even paved the way for many others to push the envelope in Bollywood and to take up unusual roles in mainstream cinema.

It didn't matter if he played the lead or a supporting role- sometime even the stories would fail- but Irrfan in his limited screen time would be able to steal the show, create an impression.

He was also one of the first few actors to have a career in Hollywood as well as Bollywood. Much before Priyanka Chopra and Deepika Padukone became global stars, Khan was doing big-ticket films in both India as well as Hollywood. His name is one to be reckoned with even outside of India.

The actor's death is untimely to say the least. His film 'Angrezi Medium' was the last Bollywood film to have hit the theatres before cinema halls shut down in India due to coronavirus outbreak. Much like his previous performances, here too he stood out playing the doting father to a starry-eyed daughter, who would go any length to fulfill his daughter's dreams.

He had already created a void in Bollywood when he took a break from it in 2018 to get treated for his cancer. A void that no actor- no matter how talented he or she is, can ever replace.

The news of his death is a personal loss to an entire generation- who saw him grow as an actor and grow as this giant institution of acting. Every cinema lover in the country today is in mourning because his death is a loss that is irreplaceable.

Rest in peace, good man. You shall be missed- in cinema and in life.