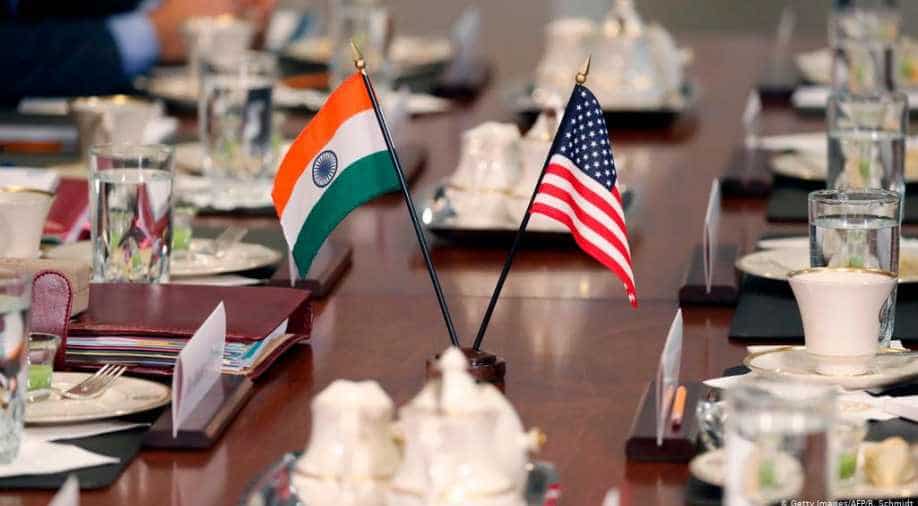 As the World in general and India, in particular, are grappling to overcome the COVID-19 crisis of monstrous proportions, the National Security Advisor (NSA) of the United States of America, Jake Sullivan called up (April 25) his Indian counterpart, Ajit Doval expressing deep sympathy for the people of India amid an unprecedented surge in the cases. This telephonic conversation, high in quality and substance, saw Jake Sullivan assuring that India and the US will work jointly for the already existing, seven-decade-old health partnership between the two big democracies.

This talk between the two NSAs, followed up by a call by President Joe Biden clearly demonstrated that the US was inclined to help India at this critical juncture.

The US President, the NSA and other US officials holding key positions assured India rather convincingly that the US was sending specific raw material urgently required in India for the manufacture of Covishield vaccine.

For this, the US administration further said that it had already identified supplies of therapeutic and diagnostic test kits, Personal Protection Equipment (PPE), Oxygen generation equipment and allied supplies like ventilators and linked items of life-saving nature.

The US DFC (United States International Development Finance Corporation), in the meantime, has also disclosed funding to India, a substantial expansion of the scheme for manufacture at Bio E, the vaccine manufacturer in India to produce at least one billion doses of COVID-19 vaccines by the end of the year 2022.

In addition to this, the US is also deploying an expert team of public health advisors from the Centers for Disease Control (CDC) and USAID to extend support.

This support notwithstanding, NSAs of both India and the US will remain in close touch.

Such a development marks a visible move by the US to help India in an all-out manner. Apart from this, US Secretary of Defence Lloyd Austin has directed his defence department to extend maximum support to India to overcome the prevailing monumental health challenges. Meanwhile, US Congressman Raja Krishnamoorthi and Representative Pramila Jayapal have also urged for extended all-out support to India, both moral and material, to meet the Corona menace.

In a related development, the European Union (EU), the United Kingdom (UK), several European countries including Denmark have assured all possible help.

However, most significantly, a loud call for help to India from Pakistan Prime Minister Imran Khan has caught the attention of many who have also expressed his country’s solidarity in helping India at this moment of serious challenge.

Similar offers of help are also seen in the social media from Pakistan to extend a helping hand. Some knowledgeable quarters reckon that this is a golden opportunity for Pakistan to warm up to India as in the past, India too had offered help to Pakistan in a slew of natural calamities and catastrophe in Pakistan.

Pakistan and India are already believed to be engaged in a thaw through backchannel diplomacy restoring the status of ceasefire. There has been some restraint seen in criticising each other in recent times or any belligerent stance with any aggressive tenor. These think tanks believe that both India and Pakistan can jointly combat this health crisis as the iron is hot and opportunity doesn’t merit to be missed.

In sum, Pakistani gestures noticed recently, could be capitalised for the larger interest of peace bringing down temperatures. On its part, Pakistan can give up its stand on Kashmir for restoration of pre-August 5, 2019 status as it looks to be bereft of reality. An understanding on both sides, displaying maturity could usher in peace, good health and prosperity on both sides of the border.

The US help to India, triggered initially by the talks between the two NSAs, and now the offer by Pakistan offering solidarity, raises a ray of hope in these depressing times.

Amid these developments, China has visibly stepped up its presence in the South Asian region as seen from the recent visit of its Defence and People's Liberation Army Minister Wei Fenghe.

Arriving in Sri Lankan capital Colombo on April 27, the visiting Chinese minister met Sri Lanka President Gotabaya Rajapaksa and held wide-ranging talks signalling that China and Sri Lanka are further warming up to each other.

Barely six months ago a high level Chinese foreign policy official Yang Jiechi had paid a visit to Colombo. The Chinese Defence Minister, during his most recent visit to this region, had called for resisting powers from outside the region setting up military alliances in South Asia.

He was obviously referring to the Quad formation comprising India, the US, Australia and Japan. The Chinese defence minister also met Bangladesh President Abdul Hamid in Dhaka and called for renewed cooperation at a high level between China and Bangladesh in the areas of vaccine, defence, technology etc.

In the meantime, Bangladesh Foreign Minister Dr AK Abdul Momen indicated that China will gift five lakh doses of corona vaccine to Bangladesh. He further averred that Bangladeshis engaged in business with China prefer getting vaccines from China.

It would appear from these happenings unfolding in the region that China is trying to play a more proactive role in further befriending countries in South Asia focusing on Sri Lanka, Bangladesh, Bhutan, Pakistan, Nepal and Afghanistan in an apparent bid to prove that it is alive and kicking in the region and can’t be ignored despite the Quad and emerging bonhomie between the US and India in the light of the coronavirus pandemic bringing them closer.

How far will China succeed in such geopolitical endeavours?

Only time will testify.