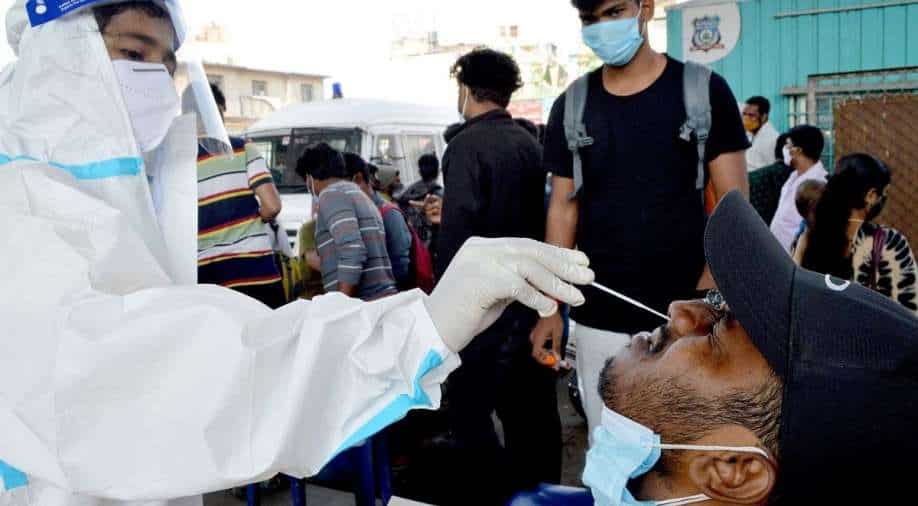 In the recent past, while speaking at different events, the Higher Education Minister of Tamil Nadu and a prominent Member of Parliament had made derogatory remarks and hate speeches against Hindi speakers and those hailing from states in the northern part of India. Photograph:( Twitter )

Listing out rising COVID-19 cases in academic institutions in and around Chennai, Tamil Nadu Health Minister M. Subramanian pinned the blame on "North Indians" and several other Indian states where he said cases were on the rise. By associating students from sister states coming into Tamil Nadu as those responsible for the spread of COVID, the minister's racist comments have stirred a row.

"The reason (for rising cases in colleges) is that COVID-19 numbers are not under control in Delhi, Haryana, Uttar Pradesh, Maharashtra, Madhya Pradesh and Kerala and such states. When students from North India come to these colleges, COVID-19 cases spread through them, as a whole cluster. And then, I have visited the relevant institutions" he said.

He was also seen singling out a large number of students from other states and North Indian states when referring to the student population of educational institutions in Chennai.

"In Sathya Sai University the cases are on the rise because of students from other states coming there and studying. VIT has around 5,600 first-year students, of which more than 80 percent are from North Indian states. They started coming to the hostel here around 13th May and the cluster that occurred among them had spread rapidly" he says.

Unfortunately, these comments seem to follow a pattern as leaders from Tamil Nadu's ruling DMK have been making such racist and derogatory remarks against fellow Indians and have been directing hate towards those from Hindi-speaking states. In the recent past, while speaking at different events, the Higher Education Minister of Tamil Nadu and a prominent Member of Parliament had made derogatory remarks and hate speeches against Hindi speakers and those hailing from states in the northern part of India.

Also read | Monkeypox fears in India: No cases in country yet; ICMR official reacts to recent spread of virus

Speaking about the action taken following a gang rape and murder case, Tamil Nadu's Director General of Police Sylendra Babu had recently stated that a survey to collect information on those workers hailing from other states was underway in Rameswaram and in other cities of Tamil Nadu.

"Before enrolling them (new persons from other states) for work, we have instructed the concerned persons (manpower contractors and others) to check their antecedents and any prior criminal cases against them. Police also has a mechanism to verify their character and analyse it" he had said.