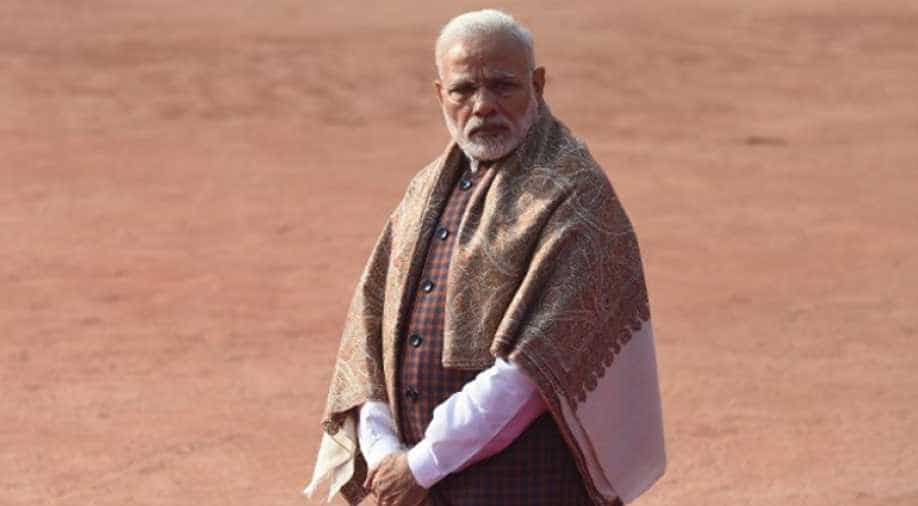 PM Modi made the statements in an exclusive interview with Zee News. Photograph:( ANI )

Prime Minister Narendra Modi today said that his visit to Davos in Switzerland for the Word Economic Forum (WEF) is an opportunity for India to showcase itself on a global platform.

"Davos is a major platform in the financial world. Many business leaders gather there to deliberate upon the economic future of the world. India is the centre of attraction for the entire world. There are two reasons for that. First, our GDP is growing at a fast pace - and this has been accepted by leading agencies like the World Bank, Moody's etc. Second, due to our strong democratic values. It's a unique combination of both in India. And that's what has evoked everyone's interest. So it's an opportunity for India to showcase itself on a global platform like WEF in Davos," PM Modi said in an exclusive interview with Zee News.

My government's only agenda for Budget is development: PM Modi to Zee News

Prime Minister Narendra Modi on Friday said that his government's only agenda for the Budget is development.

"My government has only one agenda for Budget - and that is development. And that's what you will see," PM Modi said in an exclusive interview to Zee News.

Modi government is going to present its last full Budget ahead of the general elections 2019. The financial statement for the year ahead is being keenly watched by critics because of tough decisions taken by the Modi government like launching the unified Goods and Services Tax (GST) and demonetisation.

An earthquake of magnitude 5.2 on the Richter scale stuck Kokrajhar in Assam on Saturday morning.

There have been no reports of any damage or casualty.

The earthquake originated in Gauripur and was about 10 kilometres deep.

Thirty-five trains will arrive late, 10 were been cancelled and three rescheduled today morning due to decreased visibility or operational reasons.

The maximum temperature will be 27 degree Celsius while the minimum is expected to fall down to five degrees, the Meteorological Department said.

An Akhil Bharatiya Vidyarthi Parishad (ABVP) worker was hacked to death in Kannur on Friday, the Peravoor police said.

As per the police, the man was hacked to death by a gang of masked men who stopped him mid-way while he was on his bike on Friday evening.

The victim has been identified as Shyam Prasad, 24, who was studying at the Industrial Training Institute in Kakkayangad. He was the mukhya sikshak of a local RSS shakha.