My government's only agenda for Budget is development: PM Modi to Zee News 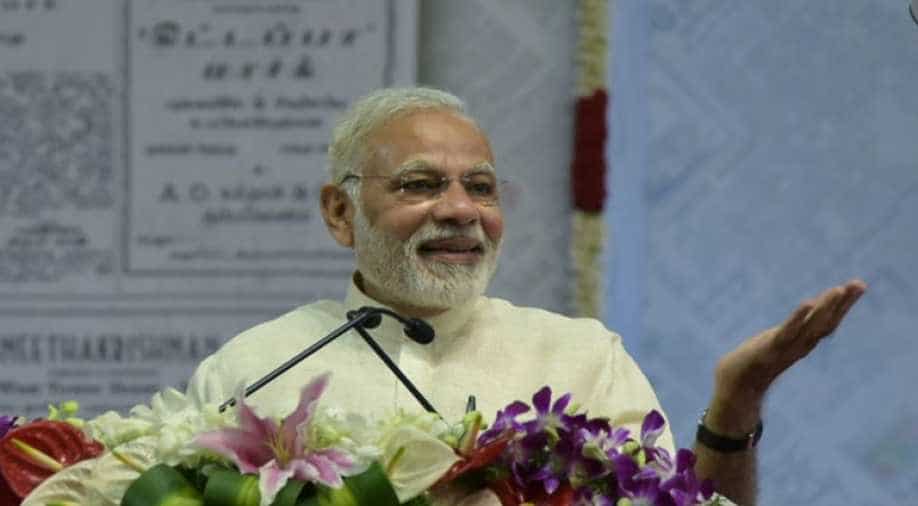 Prime Minister Narendra Modi on Friday said that his government's only agenda for the Budget is development.

"My government has only one agenda for Budget - and that is development. And that's what you will see," PM Modi said in an exclusive interview to Zee News.

Modi government is going to present its last full Budget ahead of the general elections 2019. The financial statement for the year ahead is being keenly watched by critics because of tough decisions taken by the Modi government like launching the unified Goods and Services Tax (GST) and demonetisation.

When asked about the bold financial decisions taken by his government, PM Modi said, "If you measure the work done by our government in these four years by only these two parametres, it's unfair. After nationalisation of banks, about 30-40 per cent of population was out of banking system. We brought them into the system. Isn't that an achievement? Thousands of girls skipped schools because there were no toilets. We built those toilets for them. Isn't that an achievement?”

Modi also said that he is in favour of holding general elections and state polls together.

"Logically speaking, holding different elections in different dates creates burden on the exchequer. Politicians are always under stress. So I think both Vidhan Sabha and Lok Sabha elections should be organised simultaneously. It will save money and manpower," the PM said.

Modi said that his government's achievements can't be measured on just two decisions - the Goods and Services Tax (GST) and demonetisation.

He also said that every atom of his body is indebted to the country and he wants to keep serving the people of the country. "When I see satisfaction in the eyes of a common man, it gives me power," PM Modi said.

These are the highlights of the interview.  Catch the full interview on Zee News at 8pm on Saturday.