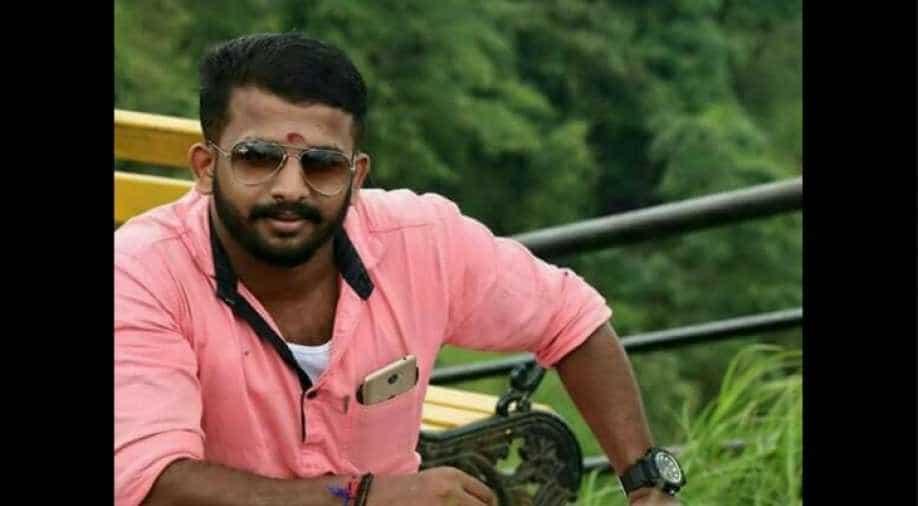 The victim has been identified as Shyam Prasad, 24, who was studying at Industrial Training Institute in Kakkayangad. He was the mukhya sikshak of a local RSS Sakha. Photograph:( Twitter )

An Akhil Bharatiya Vidyarthi Parishad (ABVP) worker was hacked to death in Kannur on Friday, the Peravoor police said.

As per the police, the man was hacked to death by a gang of masked men who stopped him mid-way while he was on his bike on Friday evening.

The victim has been identified as Shyam Prasad, 24, who was studying at the Industrial Training Institute in Kakkayangad. He was the mukhya sikshak of a local RSS shakha.

Reports say that Prasad tried to escape and run away but the attackers chased him down.

As per media reports, Prasad was heading home to Chittaruparamb from Kankkayangad when he was attacked.

Four Social Democratic Party of India (SDPI) activists have been arrested by police in Kannur in connection with Prasad's murder.

After the news of the incident broke out, the BJP in the district has called for a dawn to dusk hartal on Saturday. The party has stated that vehicles will be exempted from the hartal.

The police said he the doctors declared him brought dead.